Films and TV shows starring stylish gentlemen and featuring iconic outfits are worth watching and for menswear fans, could be great inspiration for style! Today, we’ll discuss 18 movies every clotheshorse should watch from the 1930s through the 1960s.

Personally, I’ve got an ambiguous relationship with vintage movies. On the one hand, I find them usually super slow and painfully boring so I dread watching them. On the other hand, I really like the style aspects and so I watched it just for the men’s clothing. Most actors back then wear their own, mostly tailored clothes. So, it’s quite cool to see the actual style they had and how to just utilize it differently in different movies.

It Happened One Night is one of only three movies to win the Big 5 Oscars for Best Picture, Best Director, Best Actor, Best Actress, and Best Screenplay. The plot of the movie is basically that a rich socialite falls in love with a no-nonsense reporter. It’s a light romantic comedy but the wardrobe of Clark Gable is quite fascinating. The film is notable for showing Gable bare-chested, which according to legend, led to a drop in undershirt sales. 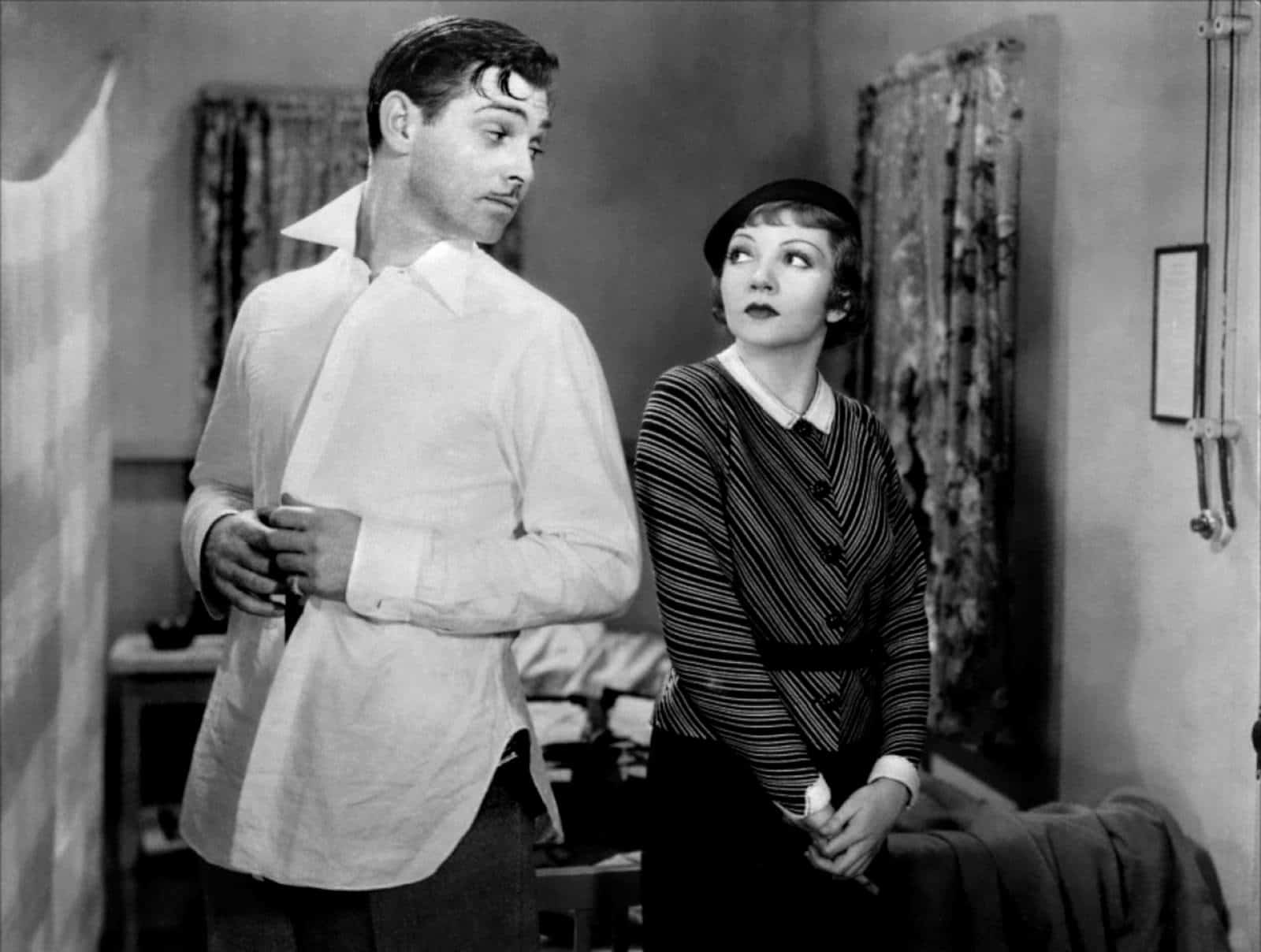 On a more personal note, what I really keep in mind from that movie is his very casual travel suit. Today, when people travel, they wear sweatpants, maybe a hoodie, but back in the day, you would have a comfortable suit in a softer fabric with nice, big patch pockets that would allow for a lot of storage. Particularly, his chest pocket is a rather large patch pocket which is not something you’ll see today especially not off the rack. 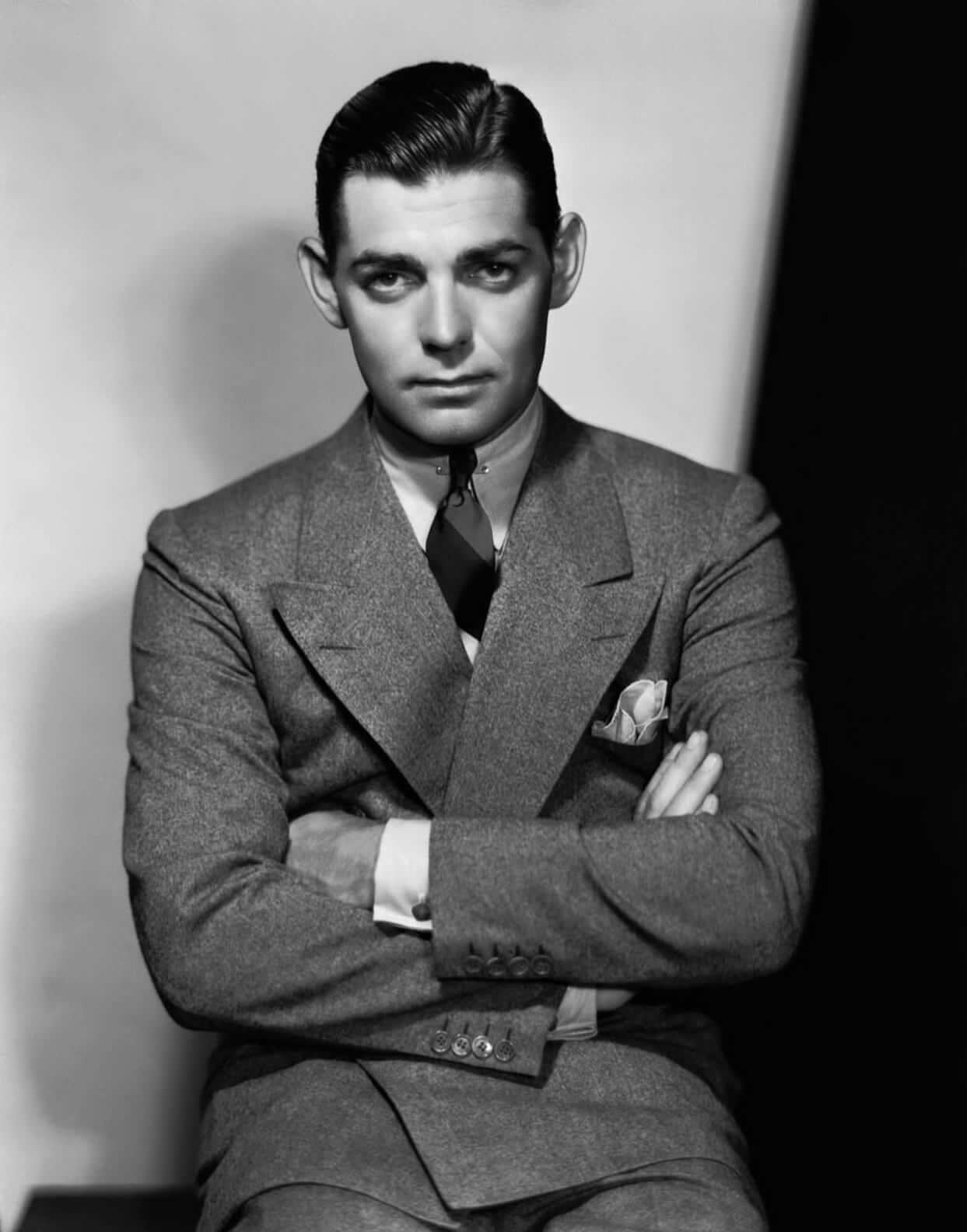 Frankly, we could have put any of the nine movies that Fred Astaire filmed with RKO in the ’30s on this list, but we chose Top Hat because as the title implies, you see top hats and White Tie outfits a lot. His full dress ensembles fit immaculately, especially when dancing and back then, tailors would specifically, adjust the sleeve pitch and the angle it was sewn on for dancers and artists who had to move their arms so it always looked great on screen. The other outfits are also quintessentially Astaire and they have a sense of a rumpled elegance. 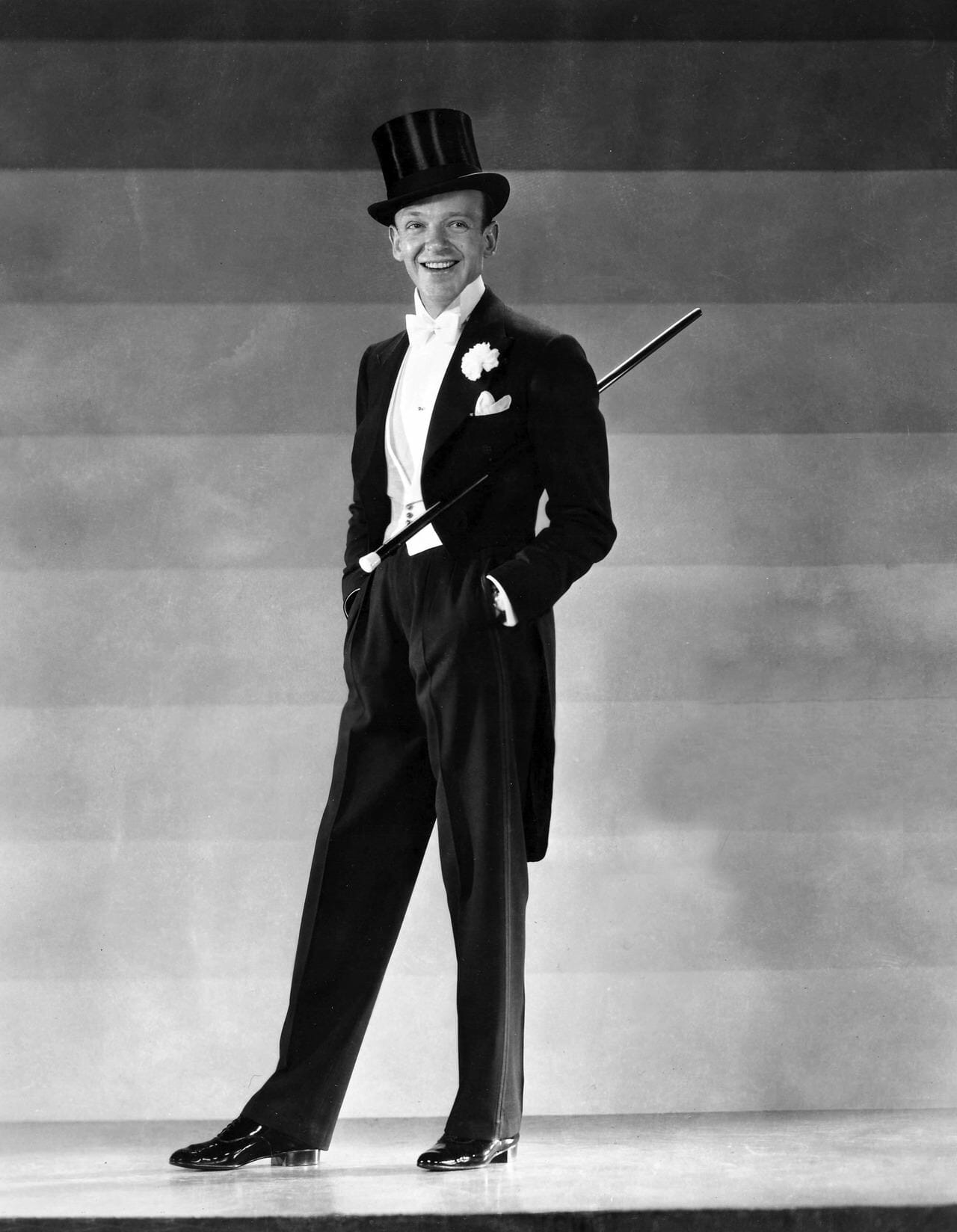 From the ’40s, you should definitely watch Casablanca. It is a noir drama that became really, really popular with people. It features Humphrey Bogart as Rigg Blaine, who was involved in love and World War II and personal sacrifices for the greater good.

Style-wise, Bogart’s ivory dinner jacket became instantly iconic and was, later on, used by James Bond and Indiana Jones. Likewise, Bogart’s scenes in a trench coat gave him the image that most people have of him in that movie, today. It also helped to really cement the trench coat into a garment piece that every man must-have. 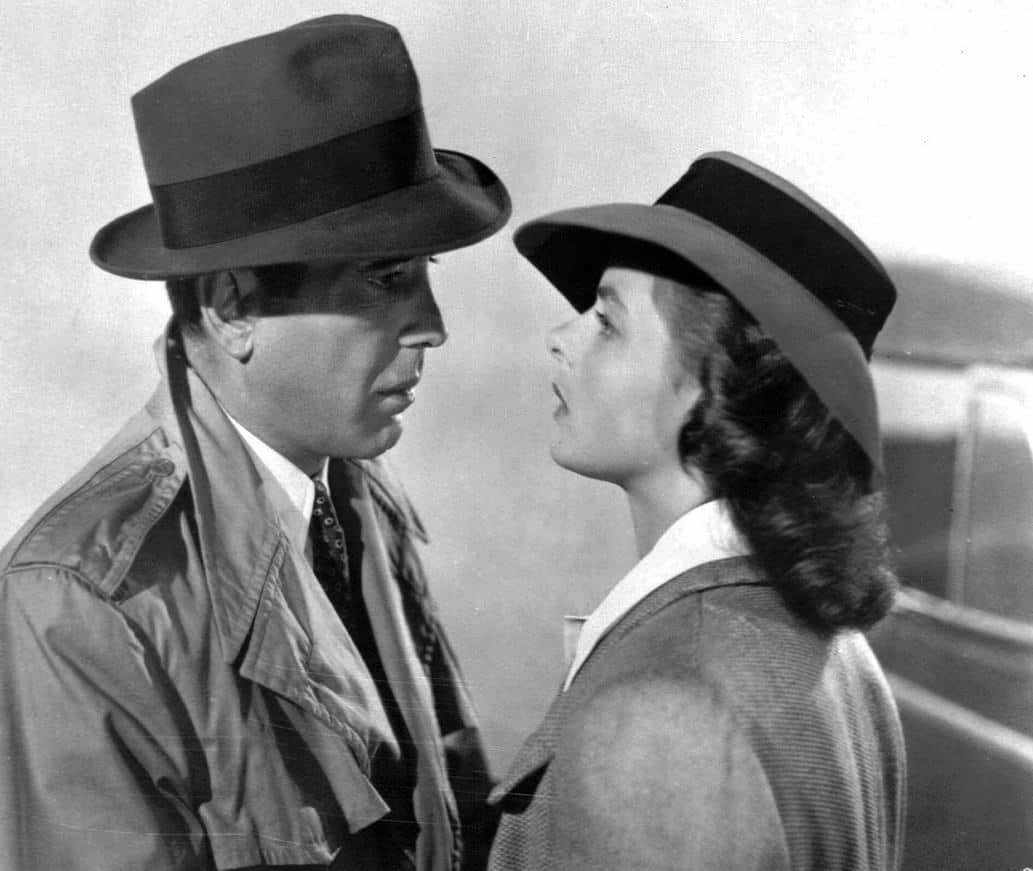 Although we don’t have a single Bond movie on this list, you can learn more about James Bond’s style and how you can use his style rules in your wardrobe from this video here. 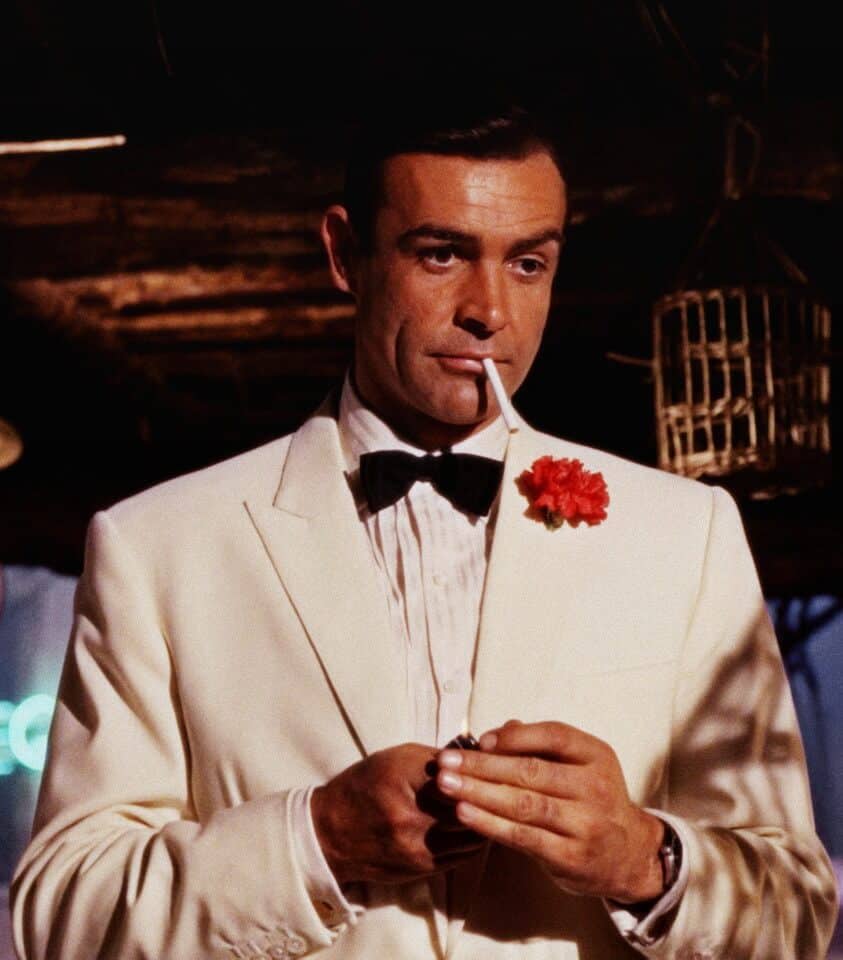 This movie pairs Fred Astaire and Bing Crosby together. Fortunately, this film is in color so you get a much better understanding of the different color schemes they used in their clothes. In this movie, you can also watch Astaire “Puttin’ on the Ritz” in his formal wear ensemble. 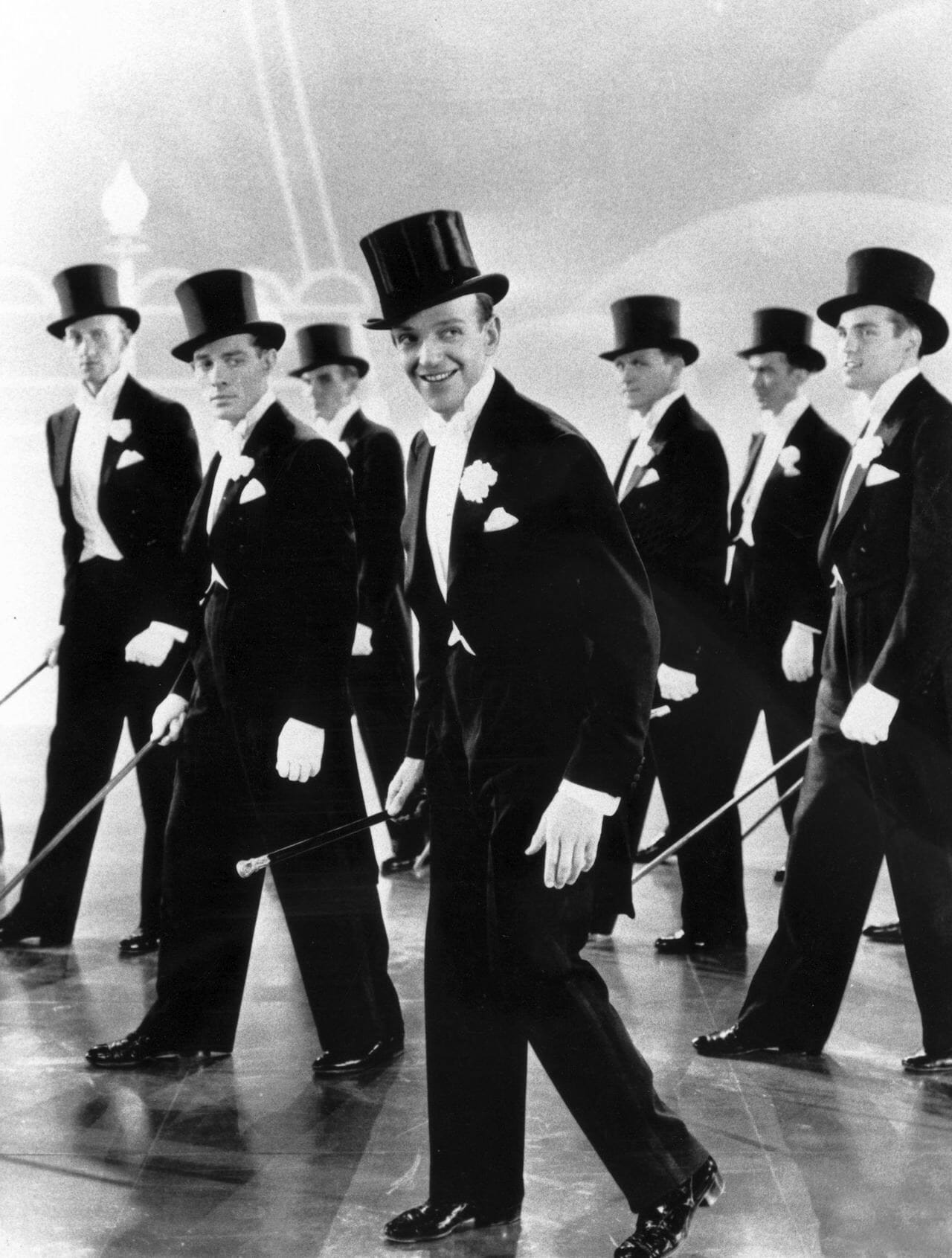 From the ’50s, you definitely want to watch Singing in the Rain, which is considered to be the best musical film ever by many. The three main characters including Gene Kelly, sing and dance their way through the 1920s Hollywood silent movie eras to the “talkies.”

You can see Kelly wearing White Tie, Black Tie, sweaters, and a host of other stylish combinations, all of which he can dance in. 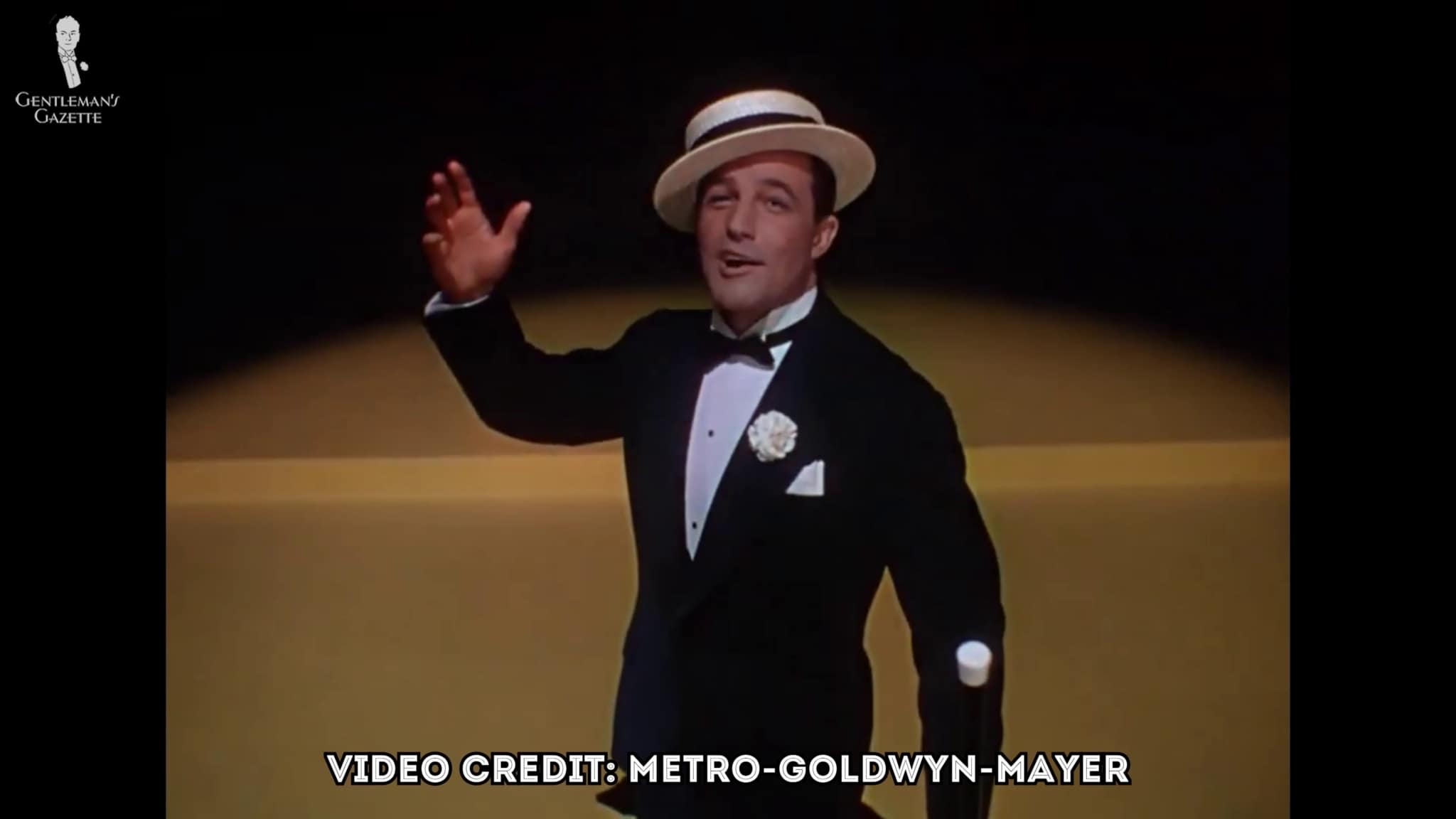 Another movie from the ’50s to check out is The Band Wagon, which is a musical of nearly as good quality as Sing in the Rain, but it’s just less acclaimed. Not only do you get to see more of Astaire’s formidable wardrobe, but you also get a glimpse at Jack Buchanan’s wardrobe who was a very stylish dresser himself.

As a side note, Astaire’s blue and gray ensemble towards the end of the movie was the direct inspiration for Michael Jackson in Smooth Criminal. 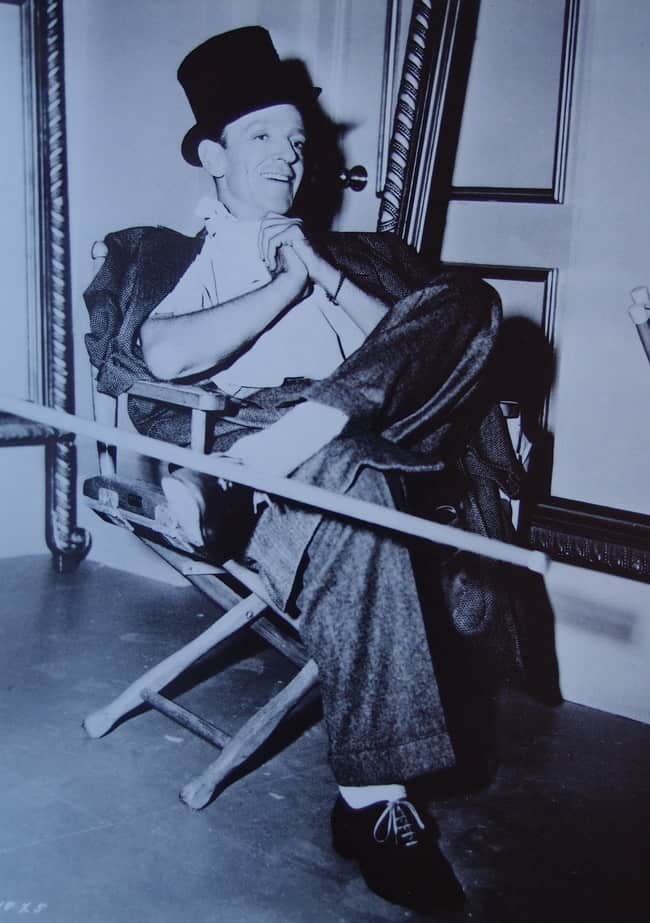 This movie starring Marlon Brando is a story of class conflict based on Tennessee Williams’ 1947 play. From a style perspective, it’s most notable for Brando wearing a t-shirt as outerwear because, at the time, that was strictly an undergarment. Legend has it that Brando wearing a t-shirt on-screen led to an increase in t-shirt sales and men started to wear it as a casual form of outerwear. 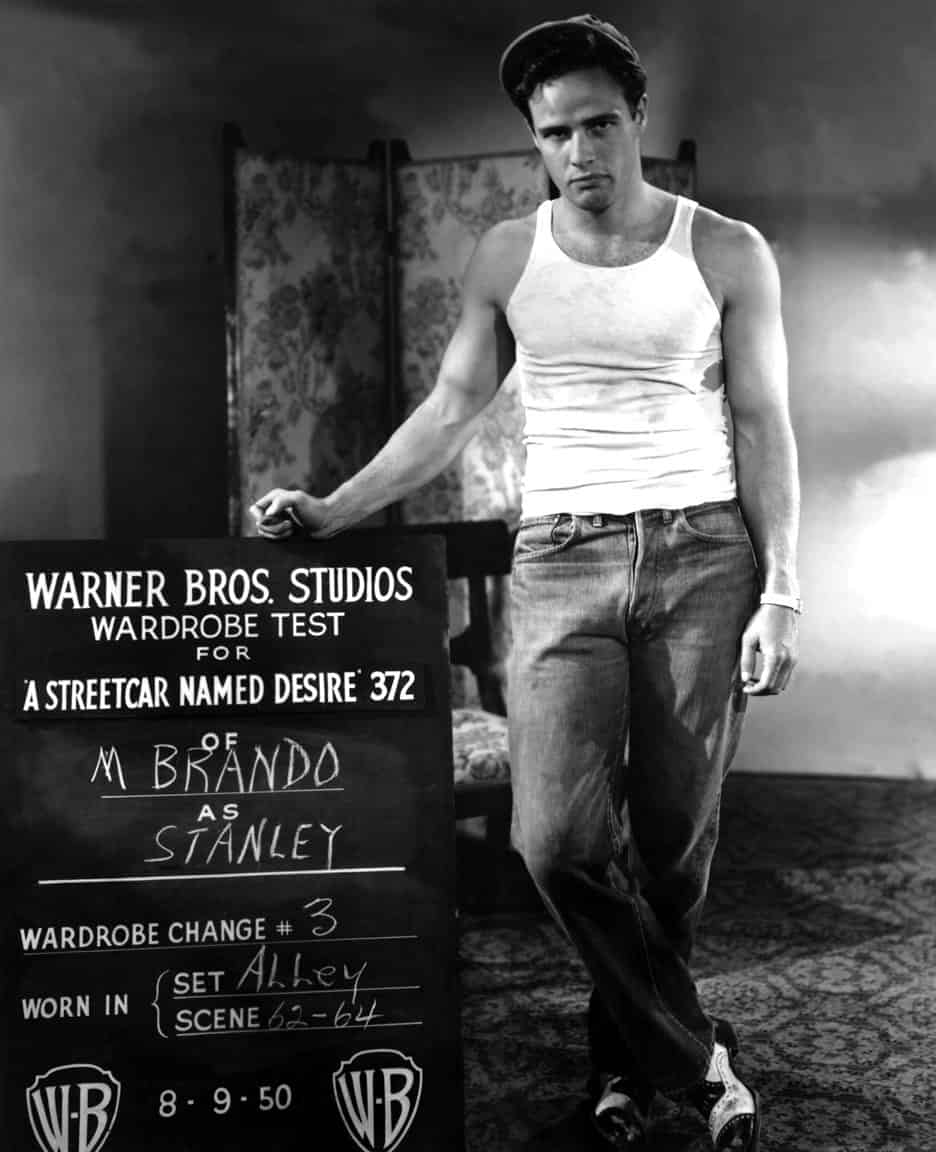 Just a few years later, Rebel Without a Cause starred James Dean and would catapult him to fame, especially among American teenagers. While the film opens with Dean wearing a suit, he’s best known for his red Harrington jacket paired with a t-shirt and a pair of jeans and engineer boots. 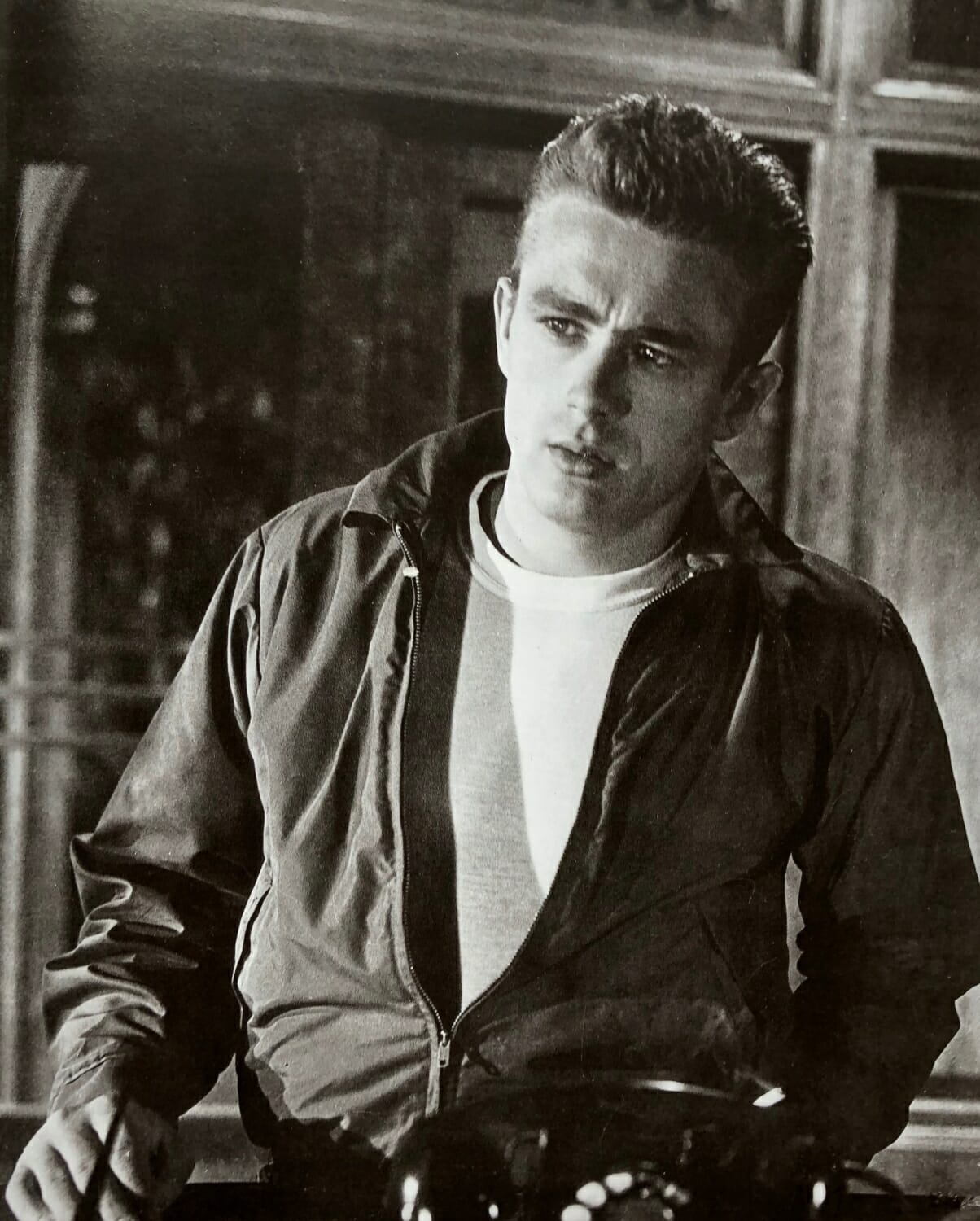 The confident exterior masking a sensitive interior that Dean brought to Rebel Without a Cause would influence musicians like Elvis Presley.

This next movie shows, once again, Astaire, but now in a more seasoned age. He wears much more casual combinations, not his typical White Tie outfits. 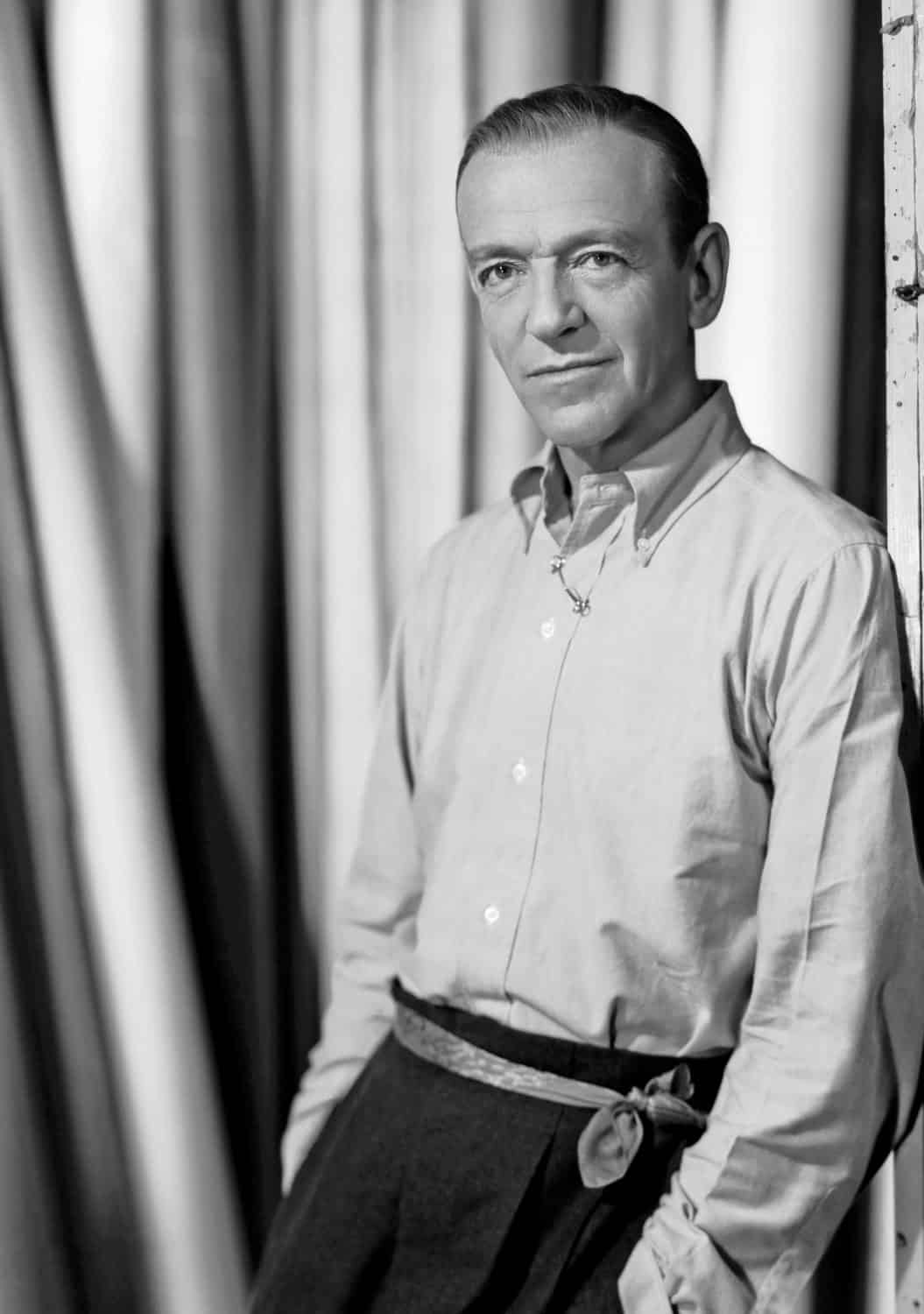 In this next film, Astaire really shows us what a capsule wardrobe looks like, long before the term was coined. You see him combining his gray flannel trousers, as well as his navy blazer, with multiple different shirts, and ties. Last but not least, he dons a top hat with a white tie one more time. 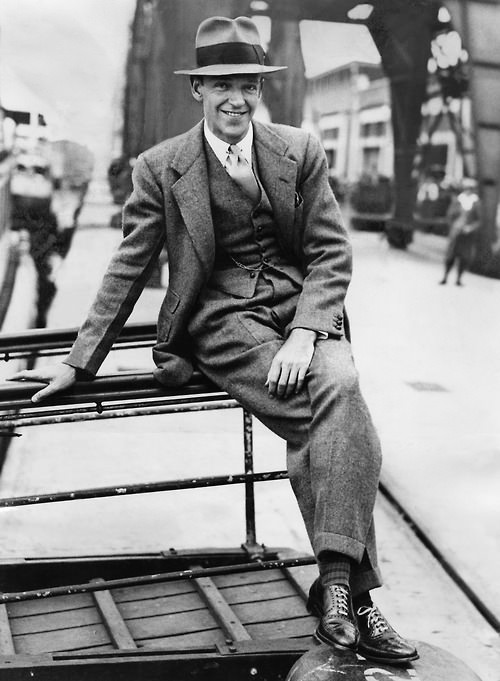 Vertigo, which was directed by the master of suspense Alfred Hitchcock in my opinion, is a really boring slow movie but the clothes by Jimmy Stewart really introduced a jet age into the mix. In our minds, the outfits he wears really resemble a subtle form of elegance, which I hope you can learn something from. 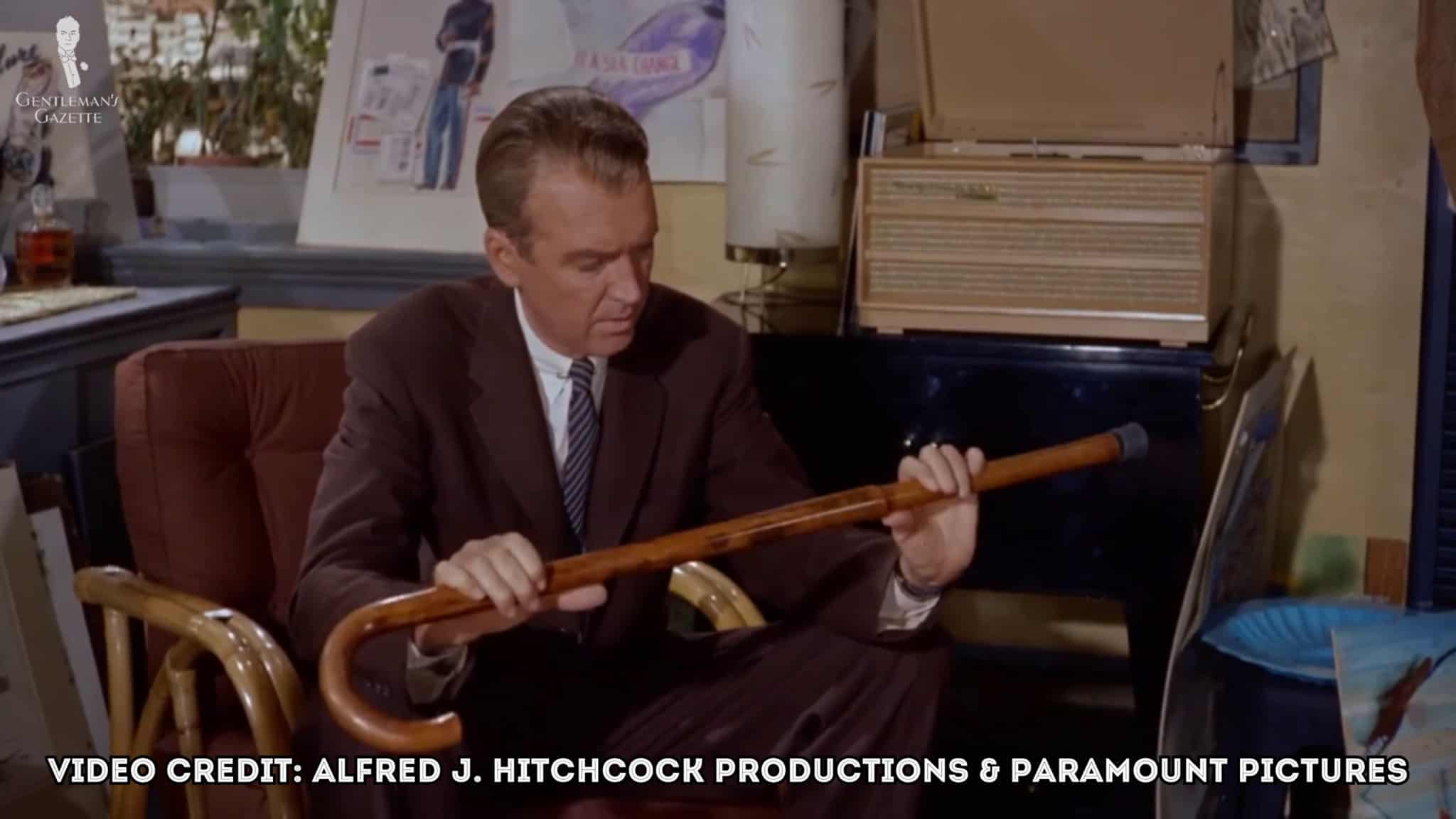 In my opinion, a much better movie is North by Northwest starring Cary Grant and his famous gray flannel suit. A panel convened by GQ in 2006 concluded that it was the best suit in film history. Why? Well, he used it to run around and do everything you would expect people to do in a tracksuit these days, in fact, he looked a lot better.

So, who tailed this great garment? Some people say it was the Savile Row tailor Norton & Sons; others claim it was Quintino from Beverly Hills. Sadly, we shall never know, but in any case, you have to watch that movie simply because of its style and I promise you it’s more entertaining than many other old movies. 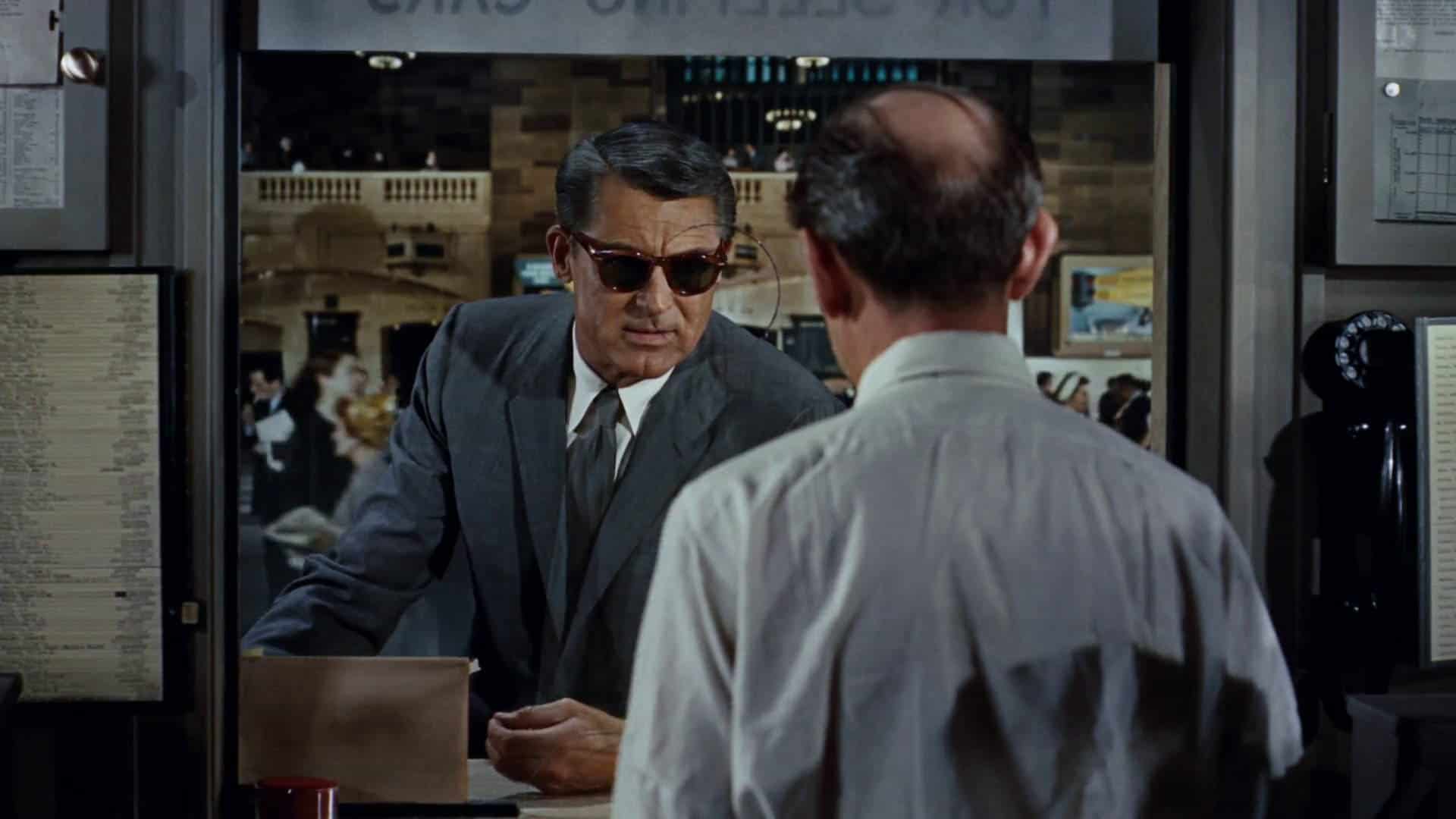 To kick off the ’60s, let’s talk about La Dolce Vita and Marcello Mastroianni. While much of the visual focus of the film lies on Anika Ekberg, Mastroianni wears a bunch of great-looking suits. They certainly have a much more clean and minimalist approach, which is something a lot of men like these days do. Solids are paired with subtle patterns and nothing bold. 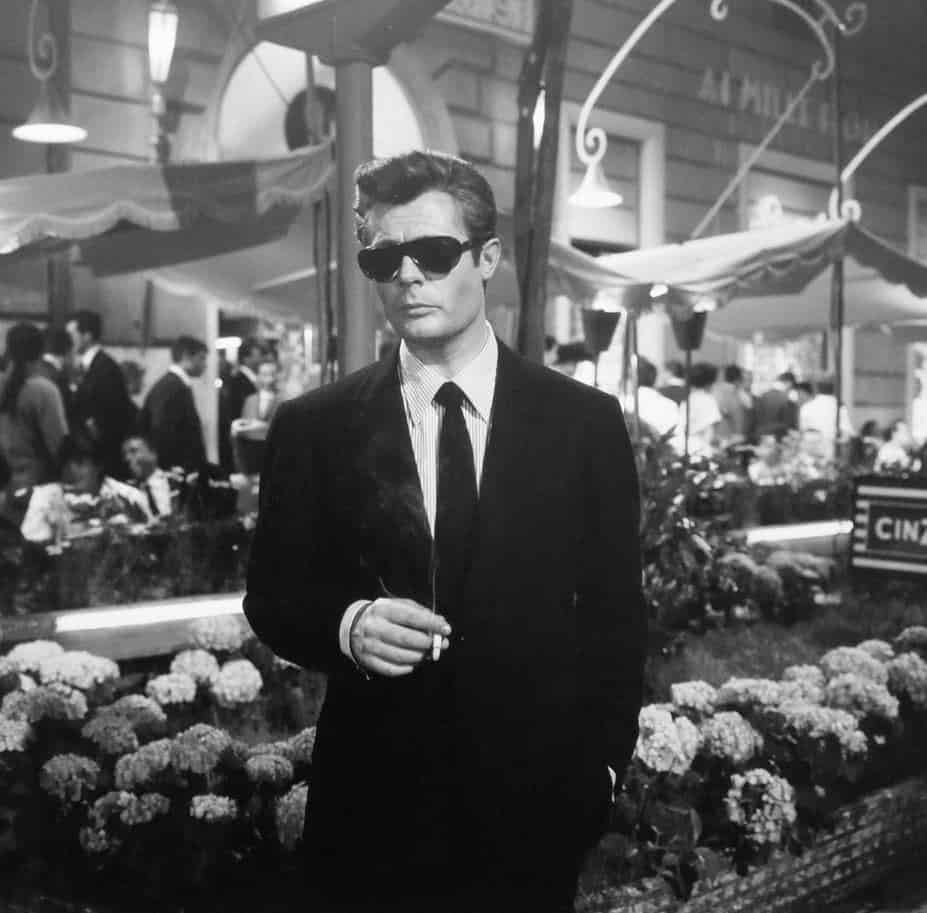 Marcello Mastroianni wearing the Persol 649 and a black suit ensemble

Robin and the 7 Hoods is a mid-century musical that features the Rat Pack. While the wardrobe here does verge on being a bit too costumey, the 1960s take on the 20s is quite entertaining even if it’s a little bolder than it probably was at the time.

You may even see the Rat Pack commit some style faux pas, such as wearing a belt with a waistcoat. To learn more about the 50 Most Common Style Mistakes, you can get our free ebook. Of course, you can also see some nice outfits from Bing Crosby and Frank Sinatra, and we have a full style feature on him here. 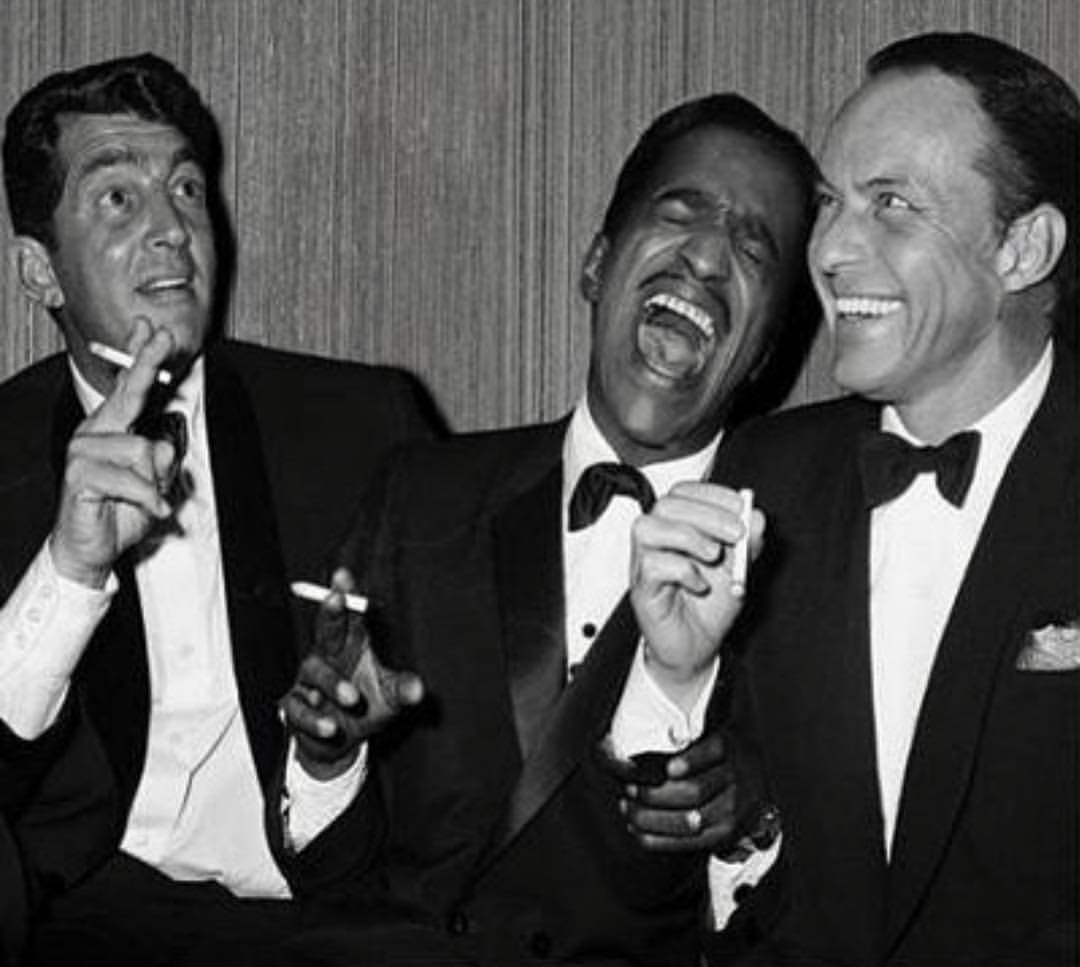 This movie with Warren Beatty and Faye Dunaway is definitely one of the more entertaining movies in my mind. The wardrobe of the film is more 1930s influenced, with some suits having a more ’60s shape. Even though that’s not quite accurate for the period, the styles, the colors, and the patterns are quite fun to look at. Also, bees hats ranging from flat caps to Fedora are worth noting. 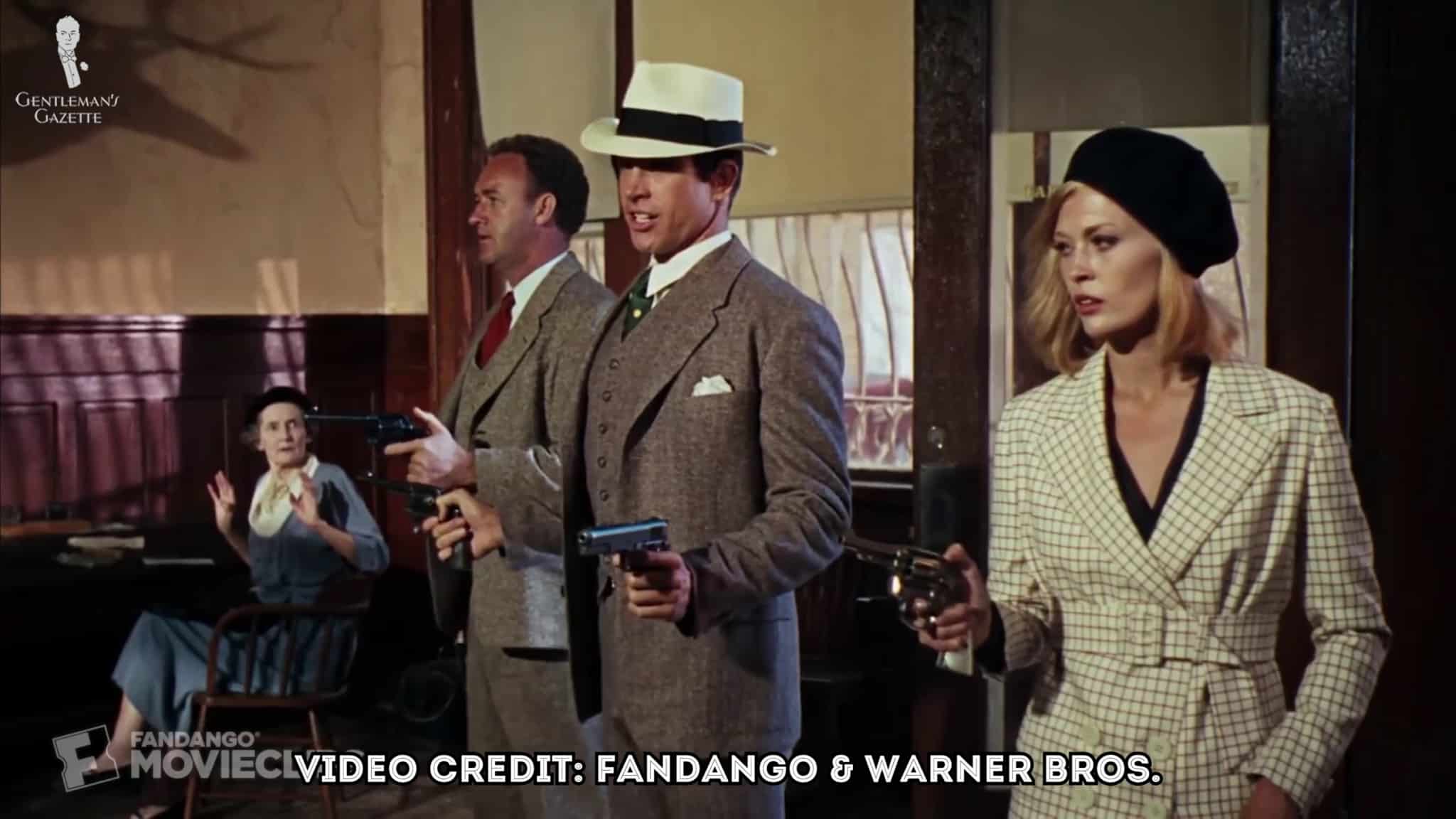 Warren Beatty and Faye Dunaway in Bonnie and Clyde

The film Bullitt features the king of cool Steve McQueen, and even though most people remember the film for its car chasing scene, it still has some interesting, more casual clothing items. 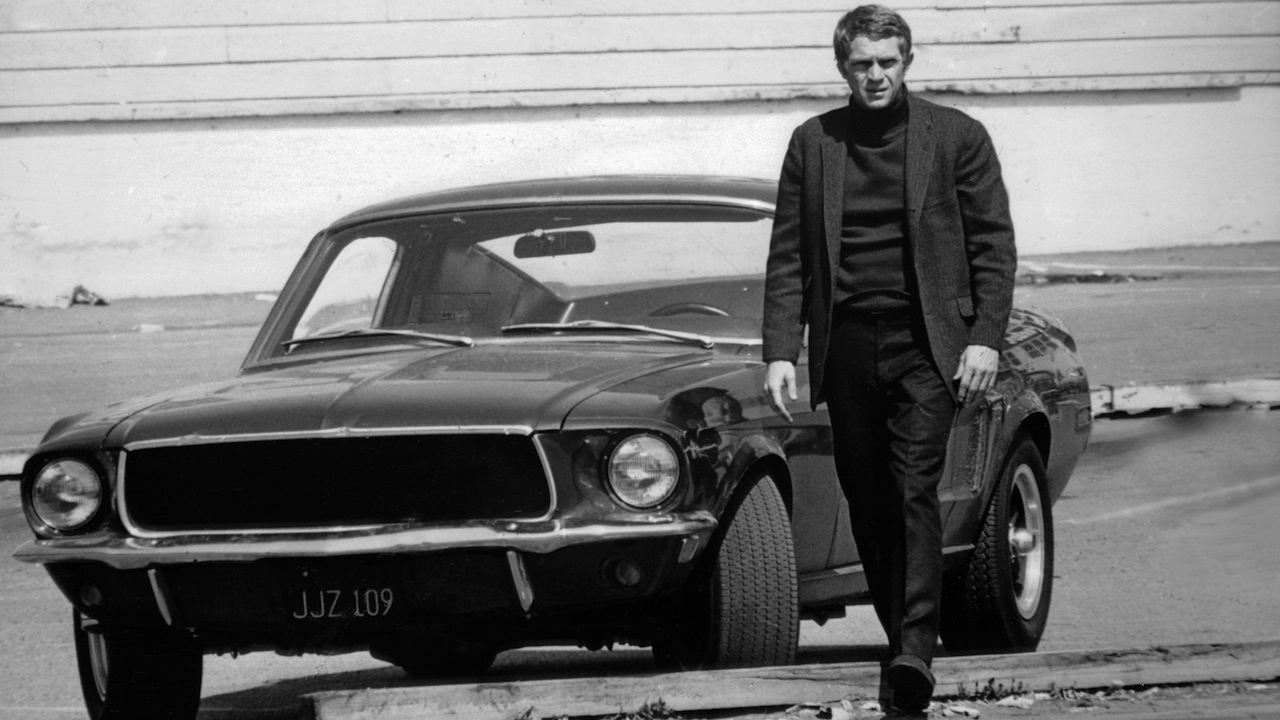 Some consider the 1968 version of The Thomas Crown Affair to be the most stylish movie ever made. Personally, though, I have to tell you, I prefer the more modern version with Pierce Brosnan. McQueen’s outfits in this movie largely consist of three-piece suits, with a flat-bottomed waistcoat,  a watch chain, and most importantly, the Persol sunglasses. 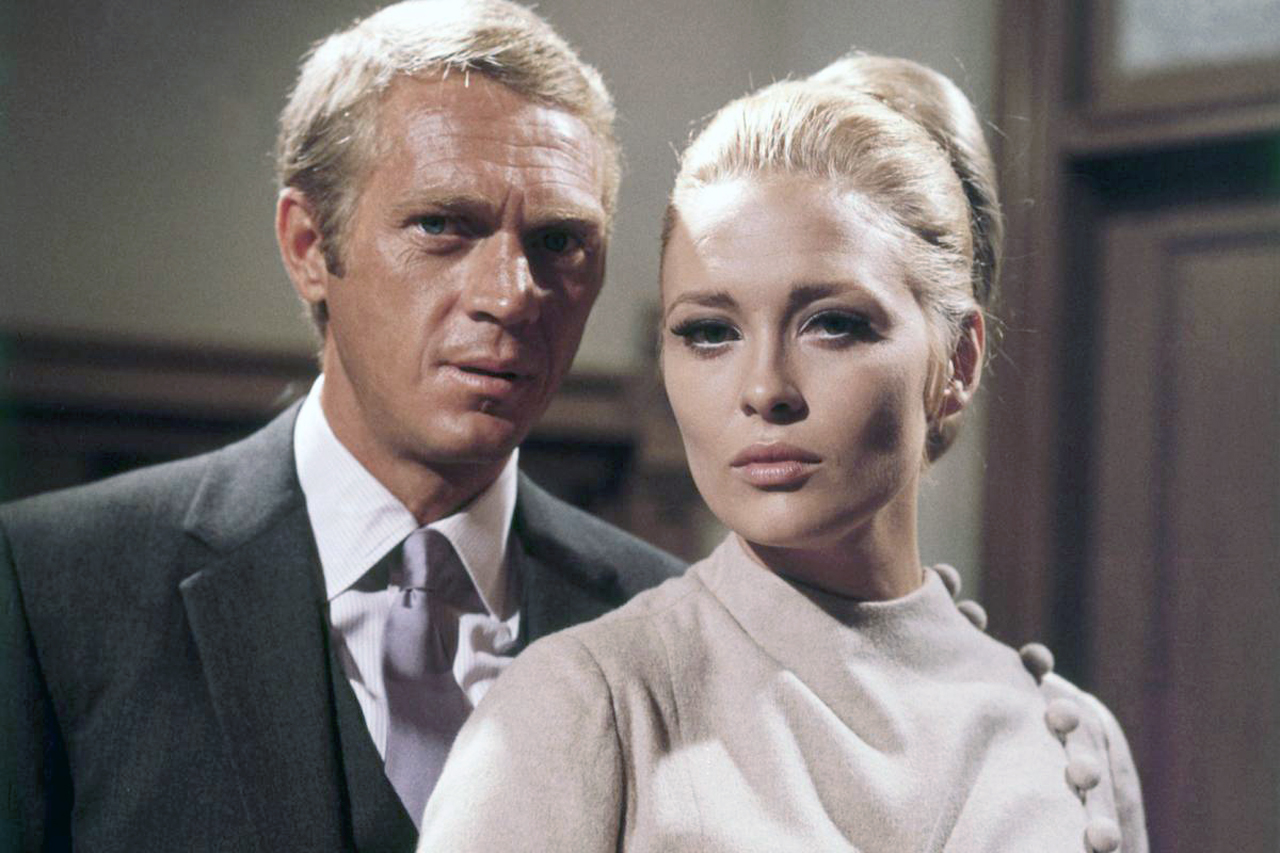 Last but not least, we have Luchino Visconti’s movie The Damned, which shows a range of formal wear and it’s supposed to emulate the German Krupp family and their empire. In this movie, you will not only see morning wear, Black Tie, and other outfits but also uniforms from the Nazis. This is definitely an avant-garde production to end this series today, but it’s going to be a nice transition to part two, so stay tuned. 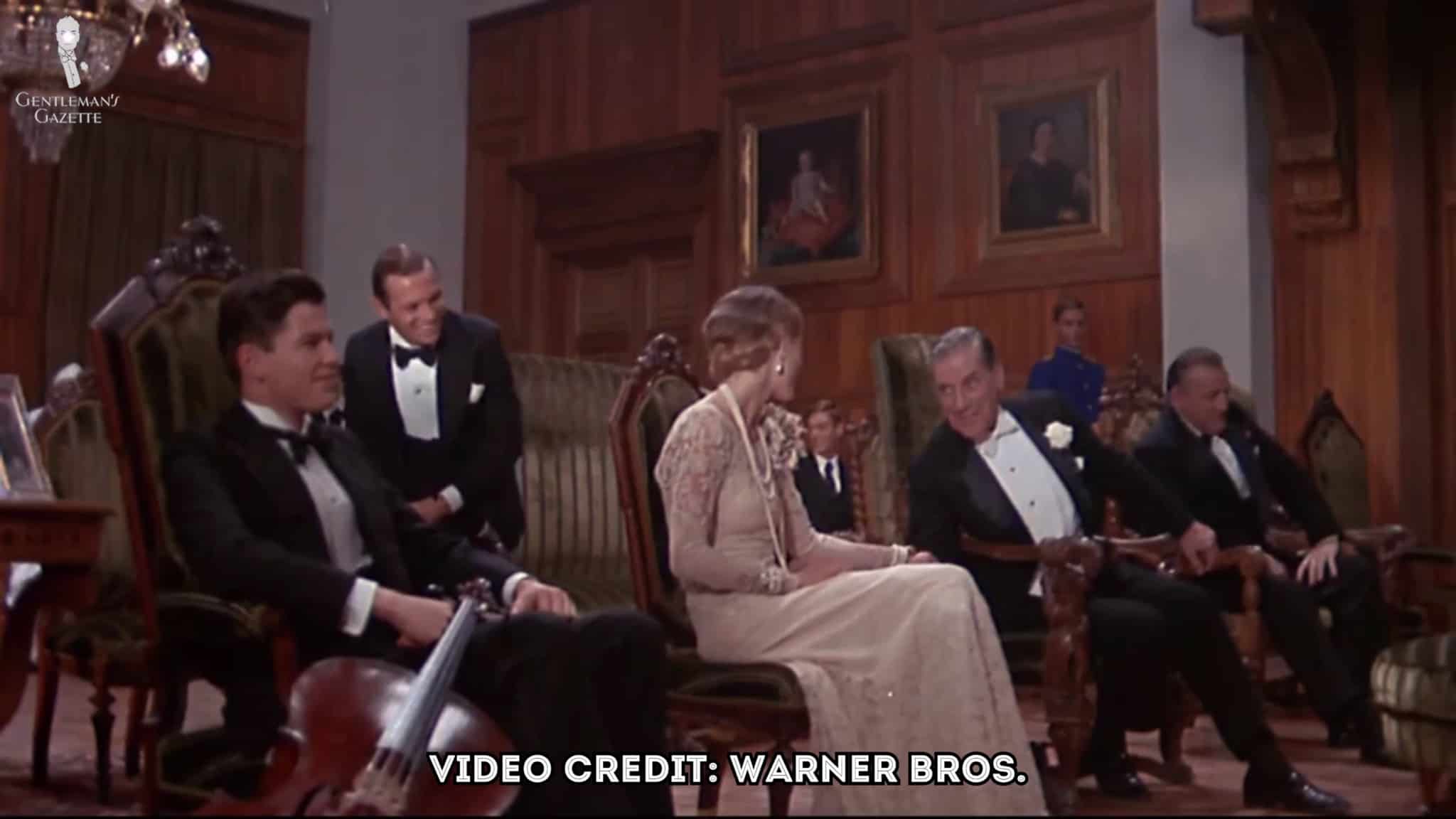 Have you seen these movies featuring stylish menswear? Which one is your favorite? Let us know in the comments.