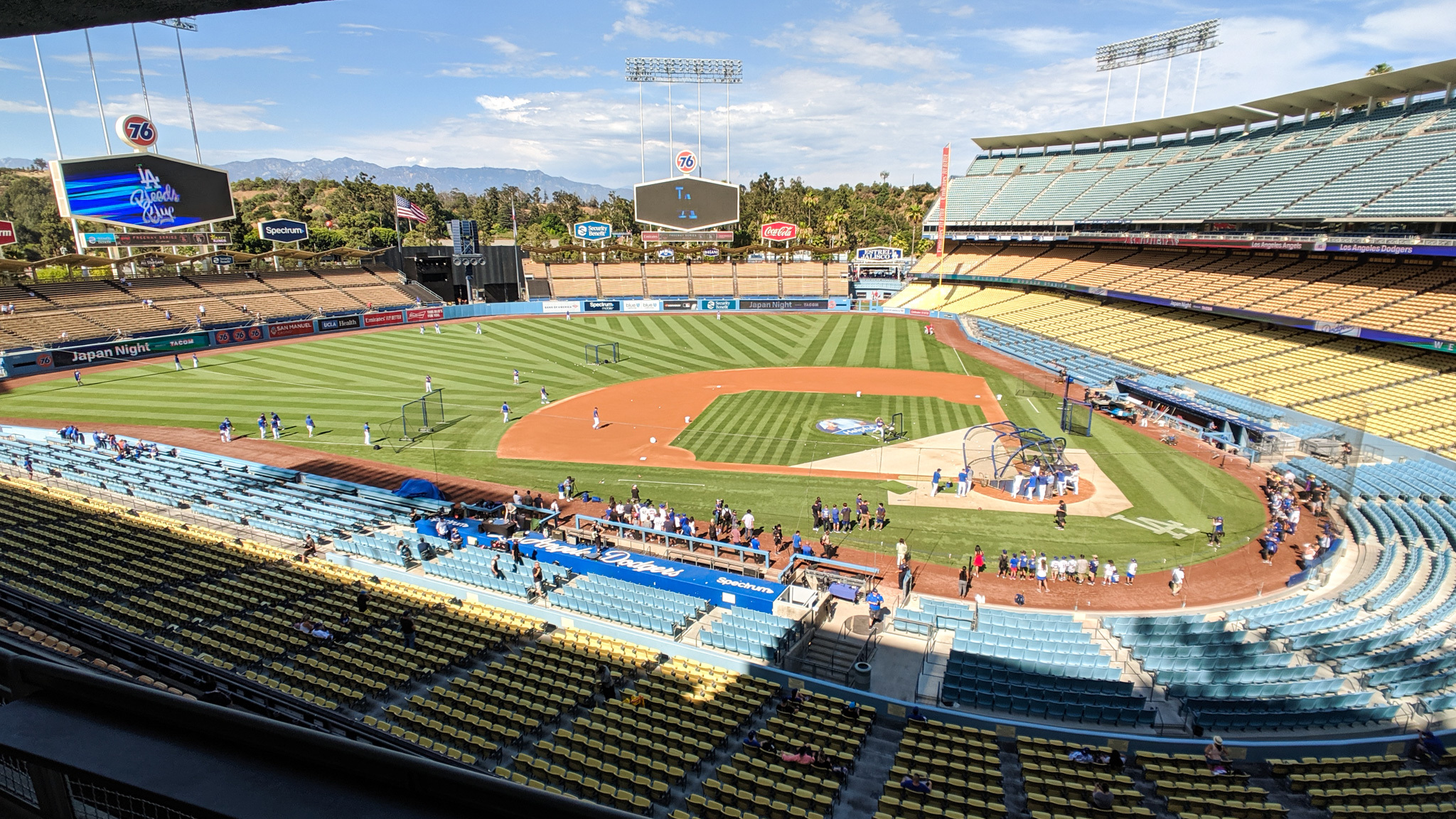 Summer won’t be the same without a Dodger Dog in the seats at Chavez Ravine. And though you won’t be able to watch in person when the Dodgers open their modified season at home next, your face can.

Allow us to explain: Since Dodger Stadium will be spectator-free this season, the team—like a bunch of other MLB clubs—will be filling some seats with cutouts of fans.

Just like actual tickets, these don’t come free: Cutouts in the Dugout Club or the Pavilion Home Run Seats cost $299, while Field and Loge spots are $149. Thankfully, proceeds will benefit the Los Angeles Dodgers Foundation, the team’s philanthropic organization. A presale has already started for season ticket holders, but the general public can purchase a cutout starting Wednesday, July 15 at 10am.

The cutouts, which are 30 inches tall and 18 inches wide, are made out of Coroplast, a weatherproof corrugated plastic. You’ll be able to pick up your cutout at the end of the season—at which point it’ll have become a bona fide collectible and authenticated as game-used via the MLB Authentication Program. Just note that if—through some miracle—spectators are allowed back to Dodger Stadium later this season, the team says it reserves the right to relocate or remove fan cutouts.

Since the Dodgers will need to approve all photos, if you want to submit a cutout, here’s what you need to know: The photos should be from the waist up with your hands at your side and taken from about three or four feet away. You can only send in photos of yourself in plain clothes or official Dodger gear, and wearing Dodger blue is preferable. And the team has a long list of no-nos, including no obscene language, no branding, no ads (including social media handles and hashtags), no negative references to other teams (which we guess rules out any nods to the Astros cheating scandal), no player likenesses and no political statements.

Most popular on Time Out

– Gyms, barbershops and malls need to close indoor spaces again in Los Angeles
– Communal pantries and fridges are sprouting up in L.A.
– Here’s how to see the NEOWISE comet from Los Angeles
– Guerrilla Tacos launches a coffee shop next door
– The trees are singing at Descanso Gardens