What’s next for Utah State football? ‘Hopefully with a little closure we can move forward’ 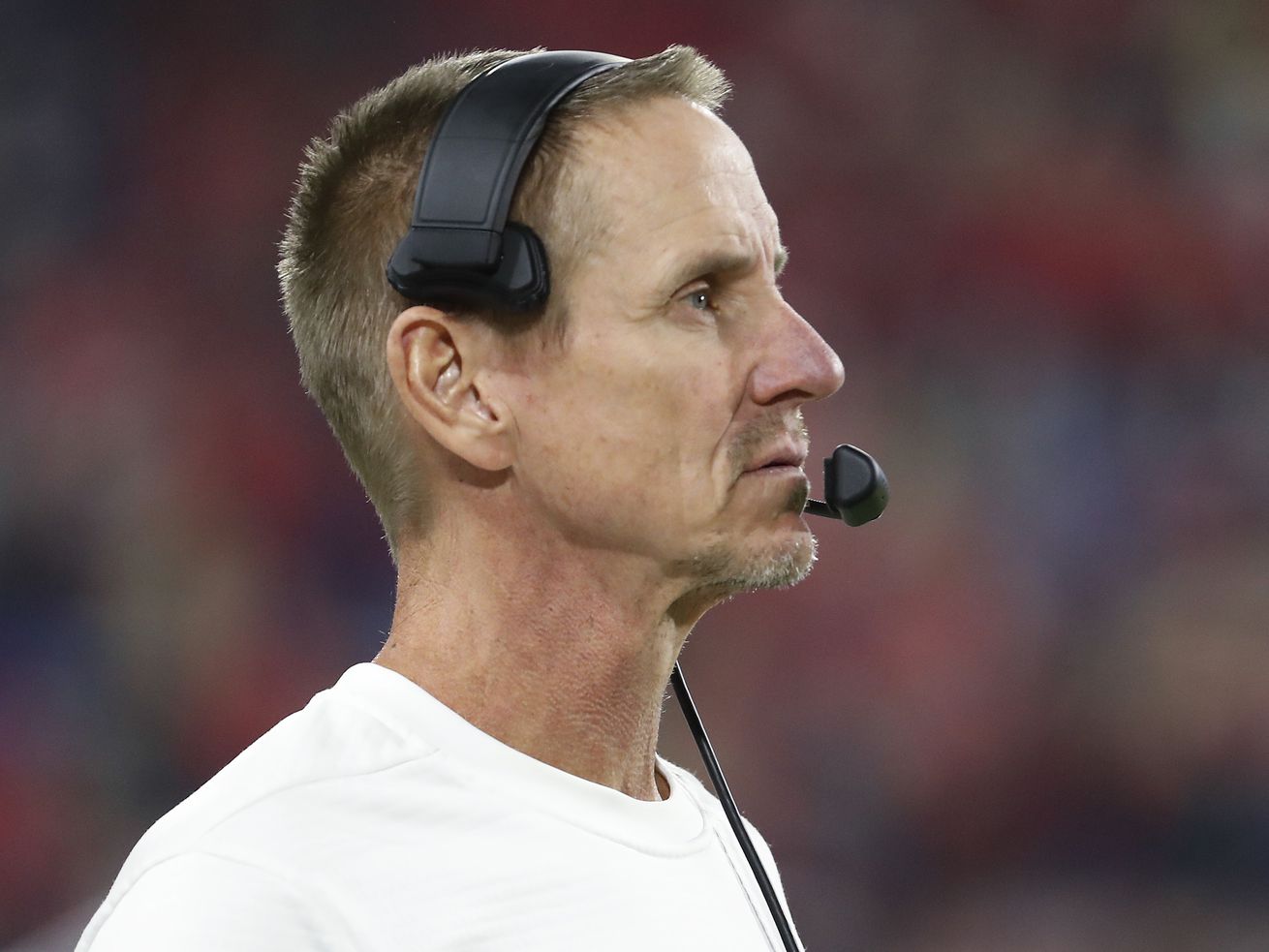 Utah State coach Gary Andersen watches from the sidelines against Fresno State during the second half of a college football game in Fresno, Calif., Saturday, Nov. 9, 2019. | Gary Kazanjian, Associated Press

Academics rise to the forefront following the postponement of the fall college football season, with a possible, if not probable, spring football season on the horizon.

The Utah State Aggies were only two weeks away from the start of fall camp when news broke Monday that the Mountain West Conference had postponed its fall sports seasons, including the college football season.

On Tuesday, instead of continuing to gear up for their first intensive training camp since the fall of 2019, the Aggies gathered on Zoom to hear from coach Gary Andersen. Needless to say, disappointment was rampant.

“We are going to up their academic load. If they were going to go 12 hours, we want them to carry a minimum of 15 hours now.” — Utah State coach Gary Andersen

“Obviously it is extremely disappointing for everyone involved, especially the young men,” Andersen said.

The decision to postpone the season was an understandable one, though, Andersen contends.

“Based on everything Utah State has gone through, it is a no-brainer that we aren’t playing football,” said Andersen. “With the cases that we’ve had, and the situations we’ve been in, we would have been far from full strength as a football team and at times it would’ve been hard to put a football team on the field.”

The focus now turns to what’s next. Where do the Aggies go from here?

They’ll go home first, said Utah State athletic director John Hartwell. USU’s football team has been given the next two weeks off to return home and unwind, maybe even gain a little closure after what has been an extremely taxing six months.

“Having some closure, even though it may be temporary, is good for the mental state of our student-athletes,” Hartwell said in an interview with 1280 the Zone. “That is important. COVID-19 is a virus that affects physical health, but also mental health. The anguish and anxiety has taken a toll on our student-athletes and continues to do so. Hopefully with a little closure we can move forward.”

The Aggies will return to campus on Aug. 31, the first day of fall classes, and without a fall football season the focus will turn almost exclusively to academics. It will be a different experience for many student-athletes, if only because their class loads will increase.

“We are going to up their academic load,” Andersen said. “If they were going to go 12 hours, we want them to carry a minimum of 15 hours now. A lot of schools are online now, but a lot of Utah State is not, and we are going to strongly encourage and put our kids into as many in-person classes as we can, whatever that looks like.

“We need that. We need our student-athletes to get in front of a professor and get around other students and be a part of the general student population. I think that is a big part of growing up and a huge part of college.”

When it comes to football, what’s next will come as soon as Sept. 14, when the team is slated to begin its offseason program, a program that would normally start in January.

“That is usually seven to eight weeks with our strength coaches,” said Andersen. “That is what we have available to us today, so that is what we are going to go with.”

The hope remains that the NCAA will allow teams to conduct a camp, similar to spring football, at some point during the fall. If not, the Aggies will continue to operate the way they have since returning to campus in June.

“I am hopeful that the NCAA comes out and says we can have some sort of spring ball type practices,” said Andersen. “We have an indoor (practice facility), so we have a huge advantage when it comes to that.”

When it comes to actual gameplay, what’s next for USU could come as early January. In other words, the next time fans see the Aggies it could be during a spring football season.

“I am in this for the kids,” Andersen said. “I always say that and I always will.”

Hartwell shares Andersen’s concerns, which is why a spring football season would have to “allow enough recovery and down time as you get into late May and June to allow us to resume some sense of a normal season come fall of 2021,” Hartwell said.

They aren’t alone in that belief.

In an interview with Michael Katz of the Wyoming Tribune Eagle, Wyoming athletic director Tom Burman explained that while a spring football season is a viable option for the conference, it would only be so if the amount of games played was tweaked. Moreover, any discussion of a spring season would have to include the student-athletes themselves.

“They should have a seat at the table,” Burman told Katz.

Grayson, humorously, questioned the viability of playing football in Cache Valley in the spring.

“Do ya’ll know how cold it is in Utah in the Springtime?” he asked, incredulously.

Do y’all know how cold it is in Utah in the Springtime?! https://t.co/IuWnDmAHcN

Most pressing for Meitzenheimer, meanwhile, is the opportunity to play a full and complete season, replete with a bowl game.

“To clarify if I say I want to play that means I want a G(UA)RANTEED FULL SEASON. INCLUDING a bowl game when we get to that point!!”

To clarify if I say I want to play that means I want a GAURANTEED FULL SEASON. INCLUDING a bowl game when we get to that point‼️

He later added that that sentiment only applies if safe guidelines are adhered to.

Other USU players, such as graduate transfer C.J. Pollard, questioned why any college football player would play, whether it be in the fall or in the spring, before the conditions laid out by player movements such as #MWUnited or the Pac-12’s #WeAreUnited are met.

“I’m so mad at these big time college players not trying to use their platform to advocate for the money we deserve for playing college football,” Pollard wrote. “Ya’ll so brain washed.”

I’m so mad at these big time college players not trying to use their platform to advocate for the money we deserve for playing college football. Y’all so brain washed.

As it stands, with football being “the engine that drives the train from a revenue standpoint,” per Hartwell, the MWC is committed to attempting a spring season.

“We will continue to evaluate the possibility of a spring season for those sport’s impacted by today’s decision,” San Diego State athletic director John Davis Wicker said in a statement.

Before any of that, though, the Aggies will go home and unwind from what has been a year no one will ever forget.