Unsung hero: For starters, nobody is better than track and field official Jerry Collet 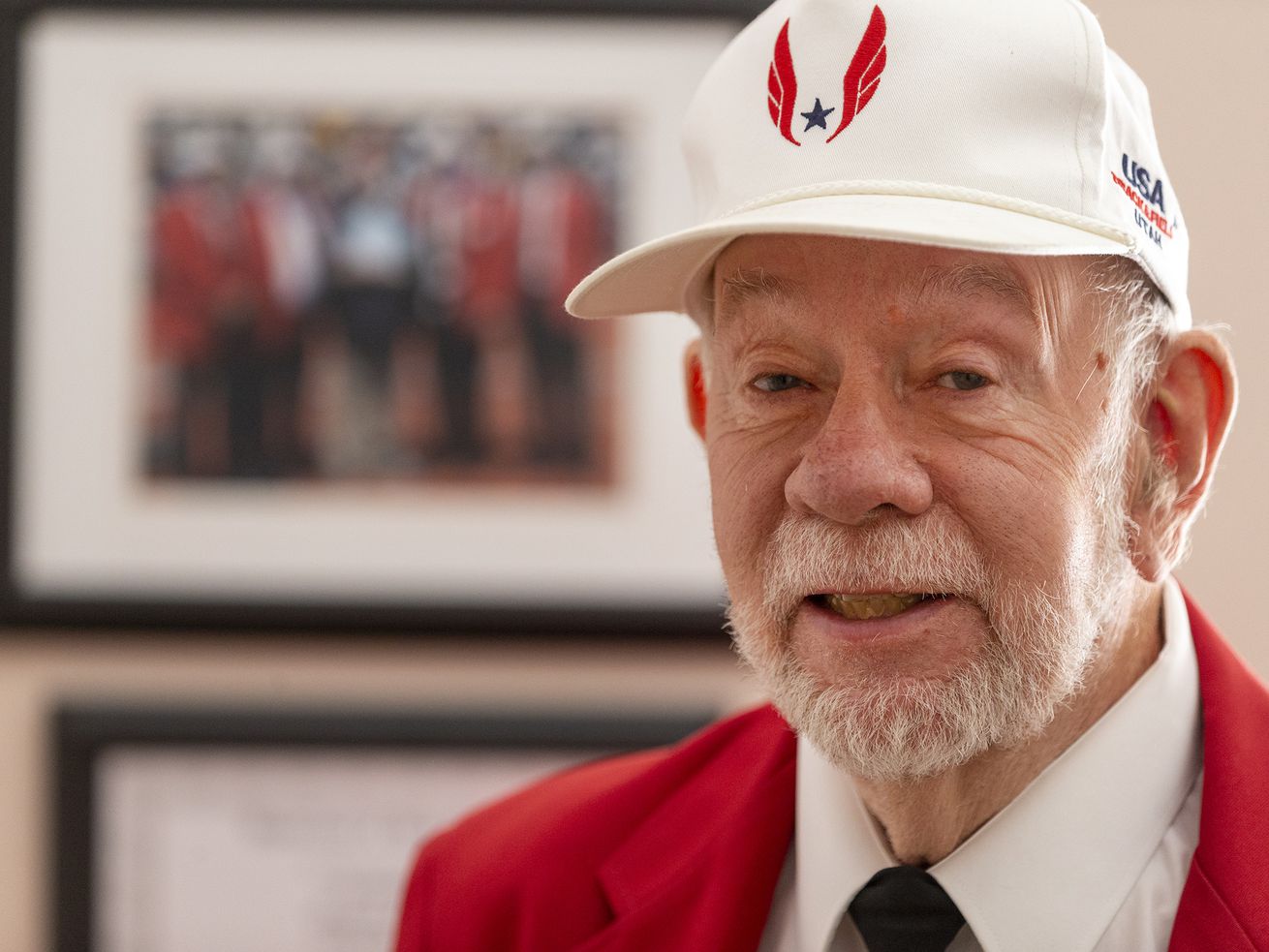 Longtime track starter Gerard “Jerry” Collet reminisces at his South Jordan home on Tuesday, April 28, 2020, about all the different places around the country that he has been an official. | Scott G Winterton, Deseret News

Editor’s note: This is the second of an occasional series featuring unsung sports heroes who play important roles in the games we love to participate in and watch throughout Utah. Today’s story highlights a man who’s started thousands of races around the state. Meet Gerard “Jerry” Collet, a head starter who’s put his mark on Utah sports. Send profile nominations to jody@deseretnews.com.

If you’ve heard those sounds at a track and field meet in Utah, there’s a high probability they came from Gerard “Jerry” Collet or somebody who’s been trained by the well-respected head starter.

Athletes who’ve competed at races he’s started are certainly familiar with him. He’s the sharp-dressed man who makes sure the races begin fair and square, helping racers get in their starting positions, firing his handgun in the air and ensuring that nobody gets a head start.

For starters, not only is he the best of the best in the state at his job at track meets, but he’s also helped train the 16 other starters in Utah.

“He is the No. 1 starter in the state of Utah,” Dale Robison, a retired track and field official, pointed out while nominating Collet for some rare recognition. “I think Jerry is a great example for our sport of track and field.”

Collet’s starter career began in 1989 at his young daughter’s track and field club in San Jose, California. Two weeks after watching the second-grader participate in a new sport from the stands, Collet decided to get involved. Coaches taught him the basics of starting races, and he immersed himself into the art of start just to help out. He practiced starting with kids at practices, fine-tuned his technique at weekend competitions and became the only starting expert in the area.

“I wasn’t very good at it, but I was the only one who had some knowledge,” he said. “That’s how I got started.”

As Collet’s daughters grew older, he continued to be the starting official at their races at junior high, high school and even into college where he was able to watch his oldest daughter, Lisa, transform into an All-American heptathlete at Fresno State.

“It was just an amazing thing to watch all the way through,” he said, “and to be part of it as well.”

Collet, who turns 76 this summer, also helped with races at Bay Area colleges, including a long stint with the Stanford Cardinal. At one point, after a dear colleague passed away at the rival school, Collet handled responsibilities as the head starter for both Stanford and California.

Collet is originally from Maine, but ended up in northern California because there were more lucrative employment opportunities in his industry. A machinist by trade, he began his career in the machine shop at Stanford. From there, he was recruited to design and build science instruments for experiments at the university. He did that for 36 years.

“I had a fabulous career,” he said, “and I loved every minute of it.”

That also describes his feelings about his involvement with track and field over the years.

After retiring from his day job, Collet relocated to Utah to be closer to his two daughters who’d moved to the Beehive State. By this time, Lisa Collet had been promoted from assistant to head coach of the women’s track and field team at the University of Utah.

Dad immediately immersed himself in the Utah track and field scene. He first went and helped BYU with its indoor season in 2006 and has since continued to start races at all levels — from kids at private clubs, high school state championships, events at every university to the Huntsman Senior Games in St. George.

He’s now made his mark on the Utah running scene helping athletes get on their mark — and training and mentoring other starters — for 14 years as a USA Track and Field certified starter. His hobby also led to him being one of the long jump officials at the 1996 Atlanta Olympics and the head starter for the USA Track and Field national championships in 2002. Other career highlights include starting for the 2009 Division I NCAA outdoor championships and at the 2011 World Masters meet.

“It’s all fun and good to rise to that level to be trusted as a competent official to be able to do these things,” Collet said. “But one should never forget the grassroots — the young kids that need that level of competence and confidence.”

Collet has fired more than 100,000 shots in 27 years as a starter. He’ll usually shoot between 400-500 shots at meets and as many as 600. Birds needn’t worry, though. Starters use blanks. As a cost-saving measure, Collet loads all of his 32-caliber shells — a little bit of black powder makes a puff of white smoke upon firing — and teaches others how to do the same. He uses a .38 special handgun, by the way.

Before races begin at the sound of his gun, Collet gives racers instructions to make sure everyone comes off the starting line simultaneously. If someone is at a disadvantage from the get-go, he’ll bring the group back and restart the race.

Upon getting the “On your marks” command, racers either get down into the blocks or assume a different position. The starter then gives the “Set!” command.

“When observed and they’re all perfectly motionless, you fire the gun,” he said, “and off they go.”

“It’s just been a very exciting time my whole life, and I’m still at it.” — Jerry Collet

Along with the gun, starters hold a sensor in their shooting hand. A transmitter picks up the sound of the blast and sends it to the timing device that starts a clock that is in direct synchronization with cameras at the finish line.

“My gun starts the clock and the athletes,” Collet said.

Collet has multiple outfits to wear depending on the type of meet he’s helping to officiate. For dual/tri meets or invitationals, he’ll wear a red shirt, a white hat and a pair of khaki pants. For bigger meets and championships, he dons a white shirt, black tie, red blazer, white hat and khaki pants.

Collet joked that he doesn’t want to look like Farmer John.

“You do want to show up there looking like a professional. If you look like a professional, you’re showing respect for the quality of the athletes that are there,” Collet said. “A lot of these athletes have been working a long, long time to be where they are. If they trust you with their starts, that’s a wonderful thing to have.”

Though Collet does get paid a small amount for starting races in Utah, he loves it so much he’d do it for free — something he proved by volunteering his time and paying for his own shells for about 13 years in California.

“Even though I’m a little bit older now, I still get just as excited today starting a 5- or 10-year-old or an Olympic gold medalist and everybody in between,” Collet said. “It’s just been a very exciting time my whole life, and I’m still at it.”