These days, it seems like anybody and everybody is streaming on YouTube or Twitch. It’s not hard to see why. The platforms are free to use, and you can share your game sessions with your friends. If you’ve got a particularly fun personality, you might even garner a few followers. Of course, that’s not going to happen if you’ve got hollow, grainy sound. To put out the best stream possible, it’s important to have a high-quality microphone.

So, what makes a good streaming mic? To put it succinctly, you want a condenser microphone. A condenser microphone is ideal for getting rich, detailed vocals. If you’ve ever seen a singer recording in a sound booth, they were using a condenser mic. This is different from a lavalier mic, which is typically used for portable purposes. A lavalier mic is what a singer uses onstage, at a concert. They have the advantage of only picking up sound from a narrow cone in front of the mic. This can help eliminate feedback and reduce unwanted noise. On the downside, it reduces the richness of the sound.

Recently, we reviewed the best wireless lavalier mics for live vocals and TikTok videos. Today, we’ll be reviewing the TONOR USB Condenser Microphone (Model TC-777). This is a USB microphone that’s designed primarily for desktop use. As such, it’s a great choice for streamers. But is the sound quality worth the investment? And what types of recording software is it compatible with? Let’s take a closer look, and find out what it has to offer! 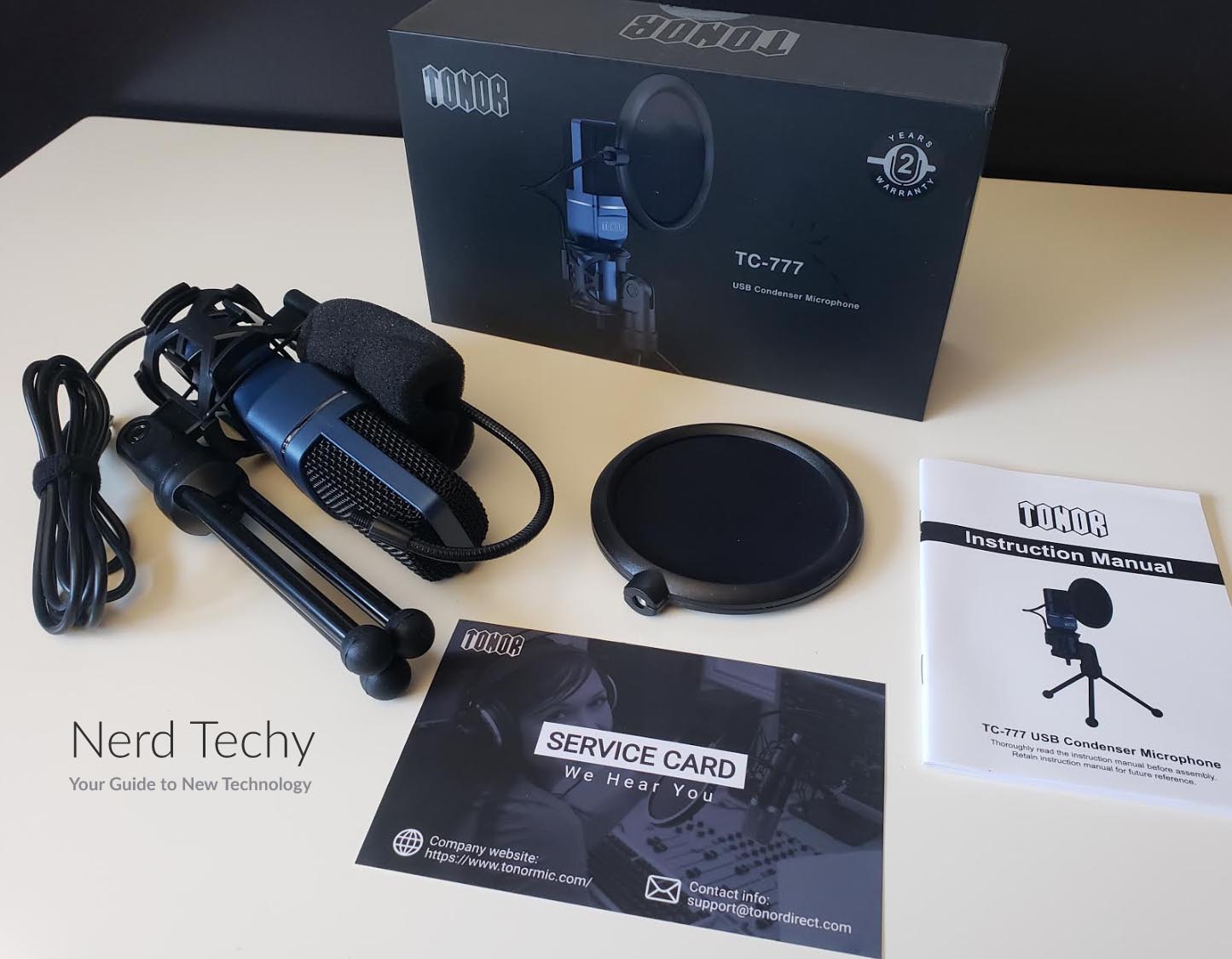 The TONOR USB Condenser Microphone is a compact microphone that’s ideal for desktop use. The kit includes three pieces, which can be easily assembled in just a few minutes. The first piece is the microphone itself. The bottom half of the mic consists of a blue-grey case, which is tapered at the bottom to fit into the mount. Towards the top of the case, you’ll see a silver TONOR logo, with a silver band just above it. Protruding from the top of the case is the pickup, along with a metal screen that covers it. There’s also an optional foam cover. This shouldn’t be needed for indoor use. But if you’re using your mic outdoors, it can be useful for eliminating wind noise. 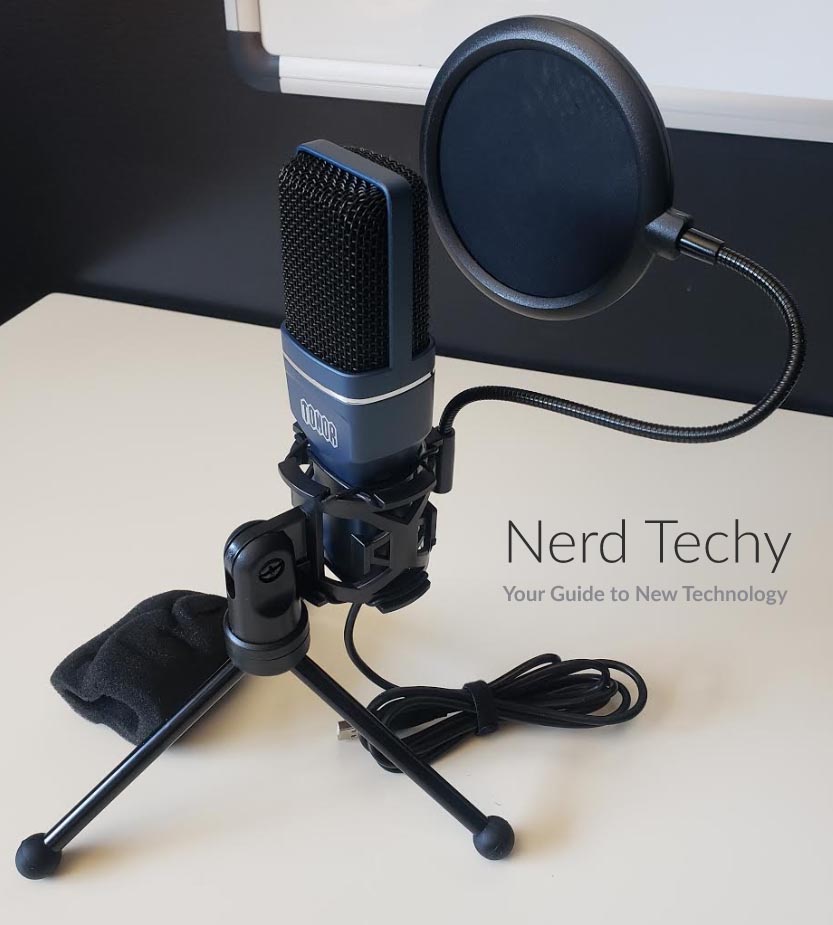 Protruding from the bottom of the mic is a 60-inch USB cord. It’s attached via a reinforced mount, so it can flex easily without getting damaged. And with the relatively long cord, you can position it anywhere on your desk and still reach your PC.

The second part of the package is a simple shock mount. This is a rubbery, spring-loaded clamp that’s designed to eliminate vibrations. Now, if there’s an earthquake, your mic is going to rumble. But it’s not going to make noise just because someone walked across the room. The shock mount is easy to open and close just by opening a pair of clips. On one side, a 4-inch pop shield is mounted on a 7-inch gooseneck attachment. This pop shield is critical for reducing sudden pops from sharp sounds, such as the letters P and K. Flex the gooseneck to position it about 2 inches from the mic, and you’re ready to go. 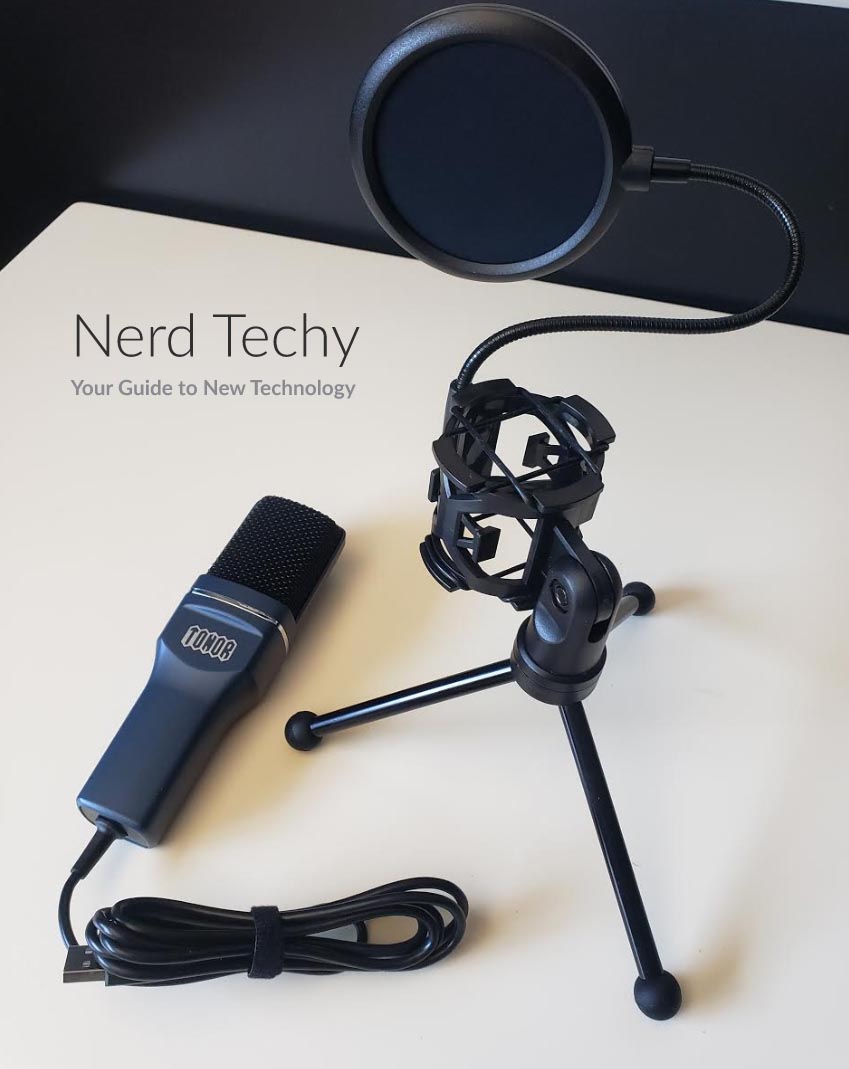 The shock mount features a bracketed attachment that attaches to the third part of the unit: the tripod. The tripod sports three round, rubber feet that further aid in vibration reduction. They also keep your mic from skidding around during use. The mounting bracket can tilt 180 degrees, so you can make sure the mic is pointed directly at your mouth. You can also swivel the mount as well, which gives you easy, convenient positioning.

The entire unit stands 9 inches tall when fully assembled, assuming the mic is fully vertical. It’s also fairly lightweight, tipping the scales at only 12.2 ounces. As a result, it’s highly portable, and you can take it anywhere with ease. That said, there’s no carrying case in the kit. Make sure your mic is well-padded if you’re going to take it on a trip. 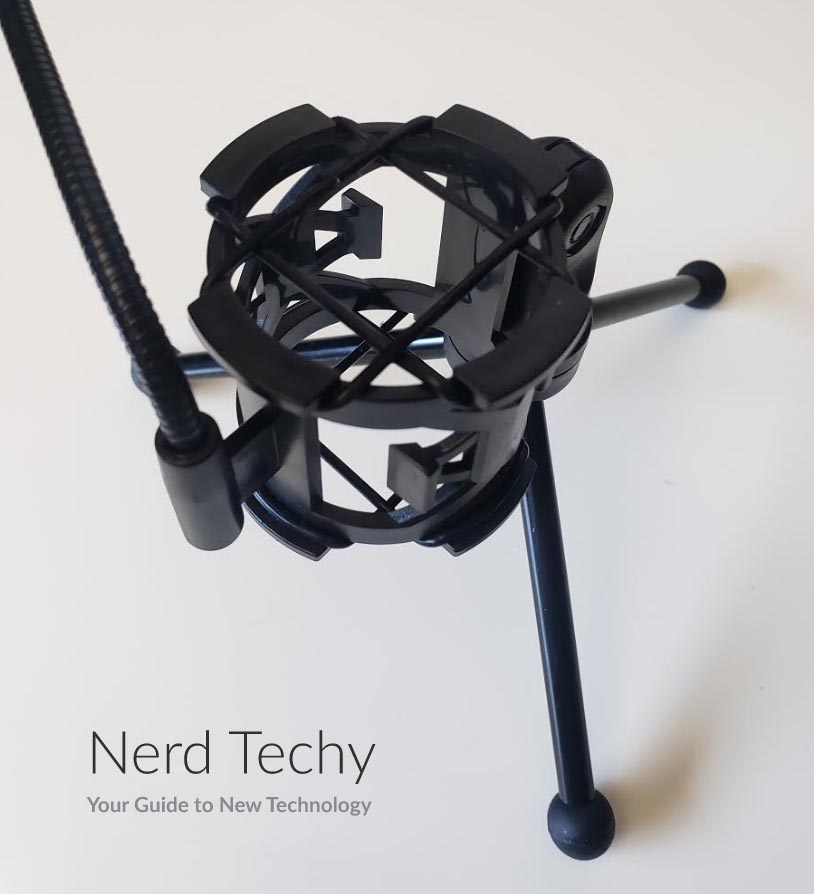 In addition to sitting on your desk, the TONOR mic can also be mounted on a standard boom stand. Most boom stands use a 5/8-inch threaded insert. In that case, the shock mount will easily attach with no fiddling required. If your boom uses a smaller, 3/8-inch insert, you’re going to need an adapter, which isn’t included in the kit. That said, this isn’t a big deal, since you can buy an adapter for the price of a cup of coffee.

So, we’ve established that the TONOR USB Condenser Microphone is well-constructed. But how well does it pick up sound? After all, that’s its primary purpose. To begin with, it uses a cardioid condenser pickup, which offers excellent clarity. Unlike a dynamic mic, its range isn’t limited to just a small area in front of the mic. 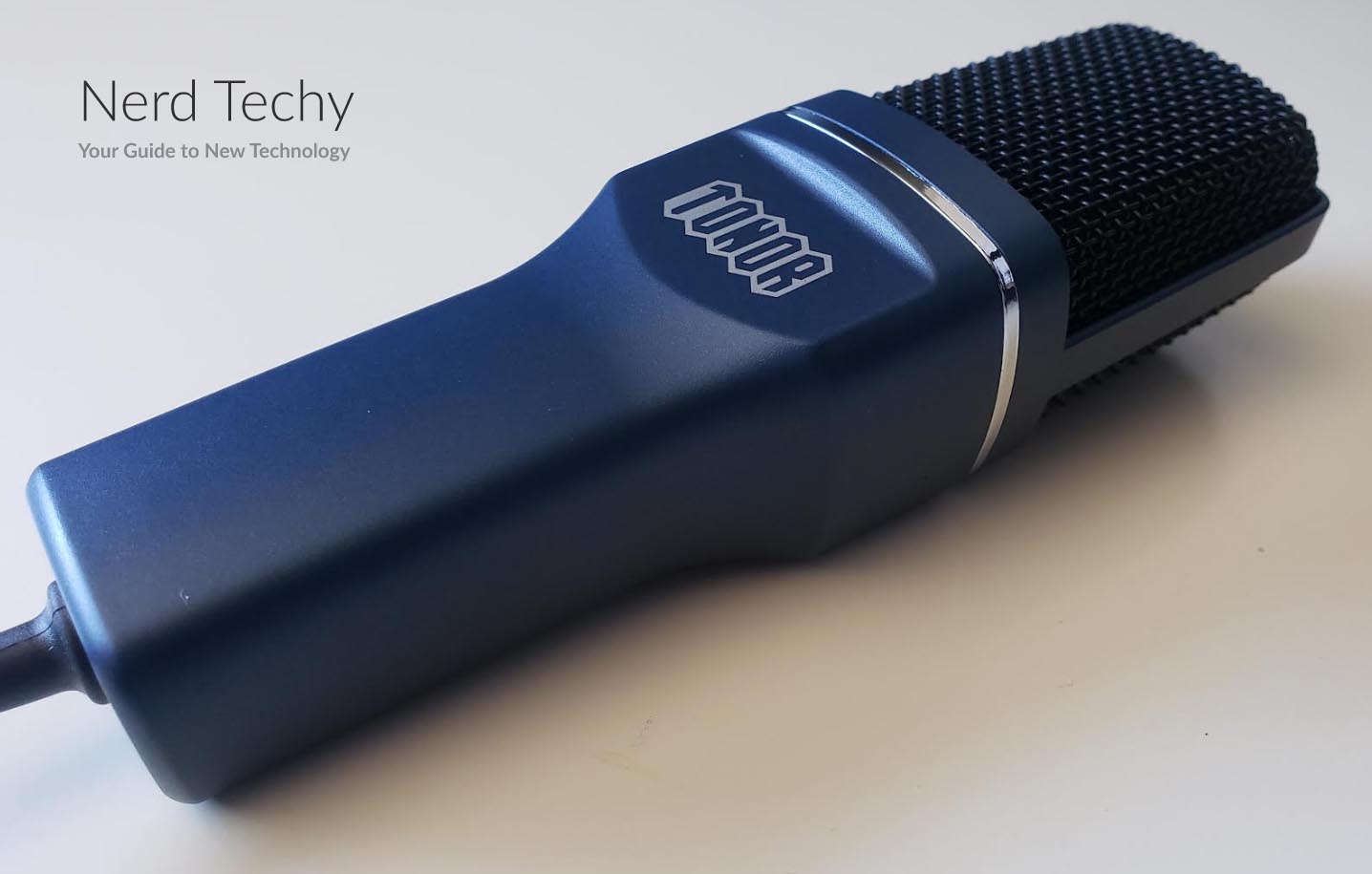 Still, you get better clarity when you’re directly in front. As you move to a 90-degree angle, the volume will fade, but only slightly. From there, it will fade much more rapidly. There’s zero pickup at all from directly behind the mic. This is intentional, since it will reduce room echo from your voice bouncing off the wall. As a result, you’ll want to think carefully about positioning, and keep the back of the mic facing the wall. If there are multiple hard surfaces nearby, it can be smart to put some baffles over them to reduce echo. Low-density foam works best for this purpose. But pink foam or even a pillow will work better than nothing. 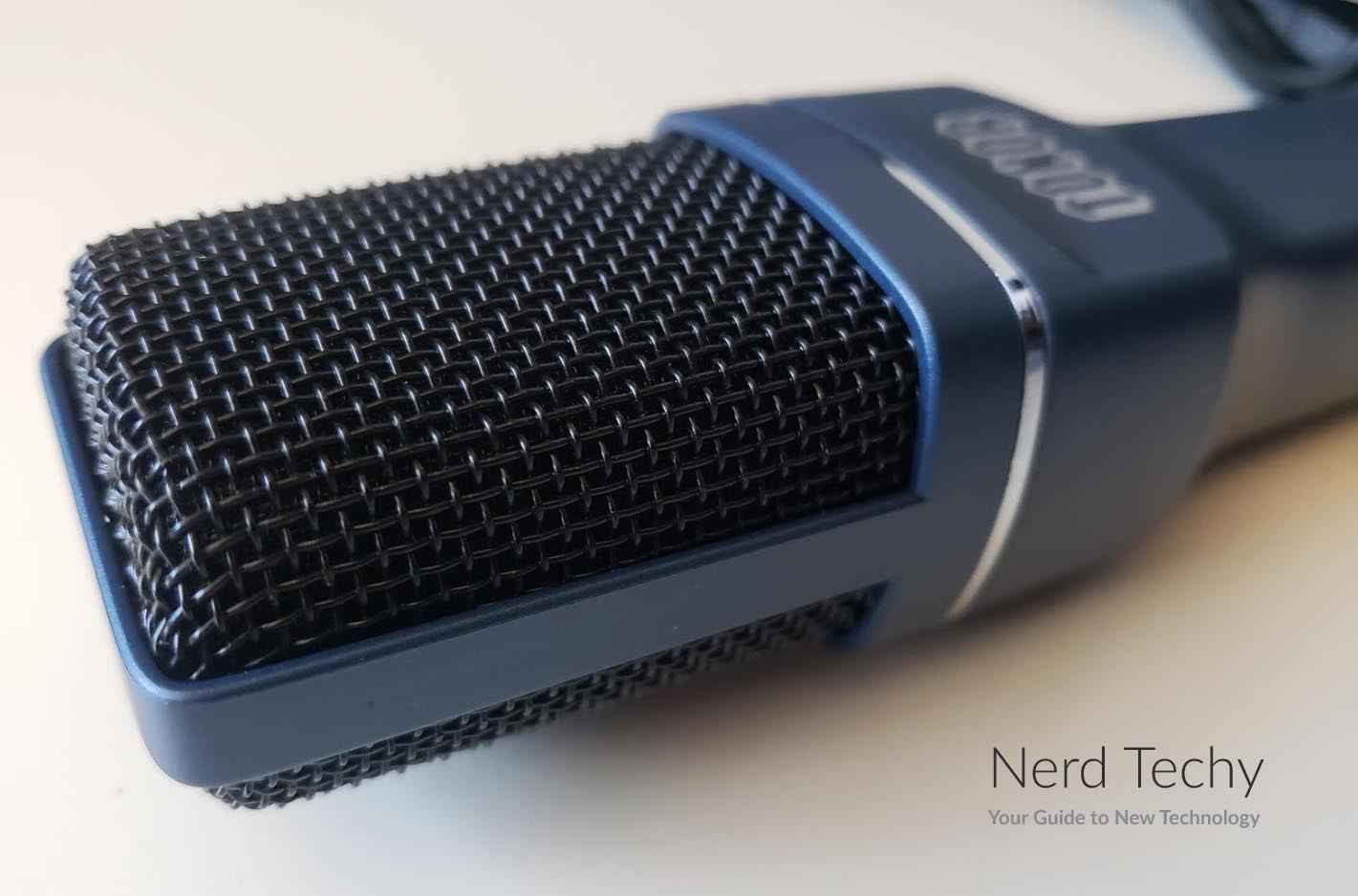 In terms of quality, you’ll get a sampling rate of 16 bits at 44.1KHz. This is very good quality, sufficient for even recording music if you so desire. For spoken word recording or streaming, you won’t have any issues at all. It will work very well on most computers. That said, if you’re streaming Fortnite at low bitrate on a potato PC, you might need a sound card. Then again, most audio software will let you reduce the bitrate. You won’t get the same richness as you would at full quality, but you won’t need a sound card, either.

In terms of frequency response, you’re looking at 100Hz to 16KHz. This is a very wide range, and will pick up any type of noise you can make with your mouth. For instrument recording, you’d probably want a bit more high end, up to at least 20KHz. But for streaming, that’s not necessary. On the other hand, the very low end can actually be problematic. Anything under 2KHz is generally only audible as rumble. Some recording software will allow you to set a cutoff to eliminate this unneeded noise. That said, as long as your shock mount is working properly, rumble shouldn’t be a problem. 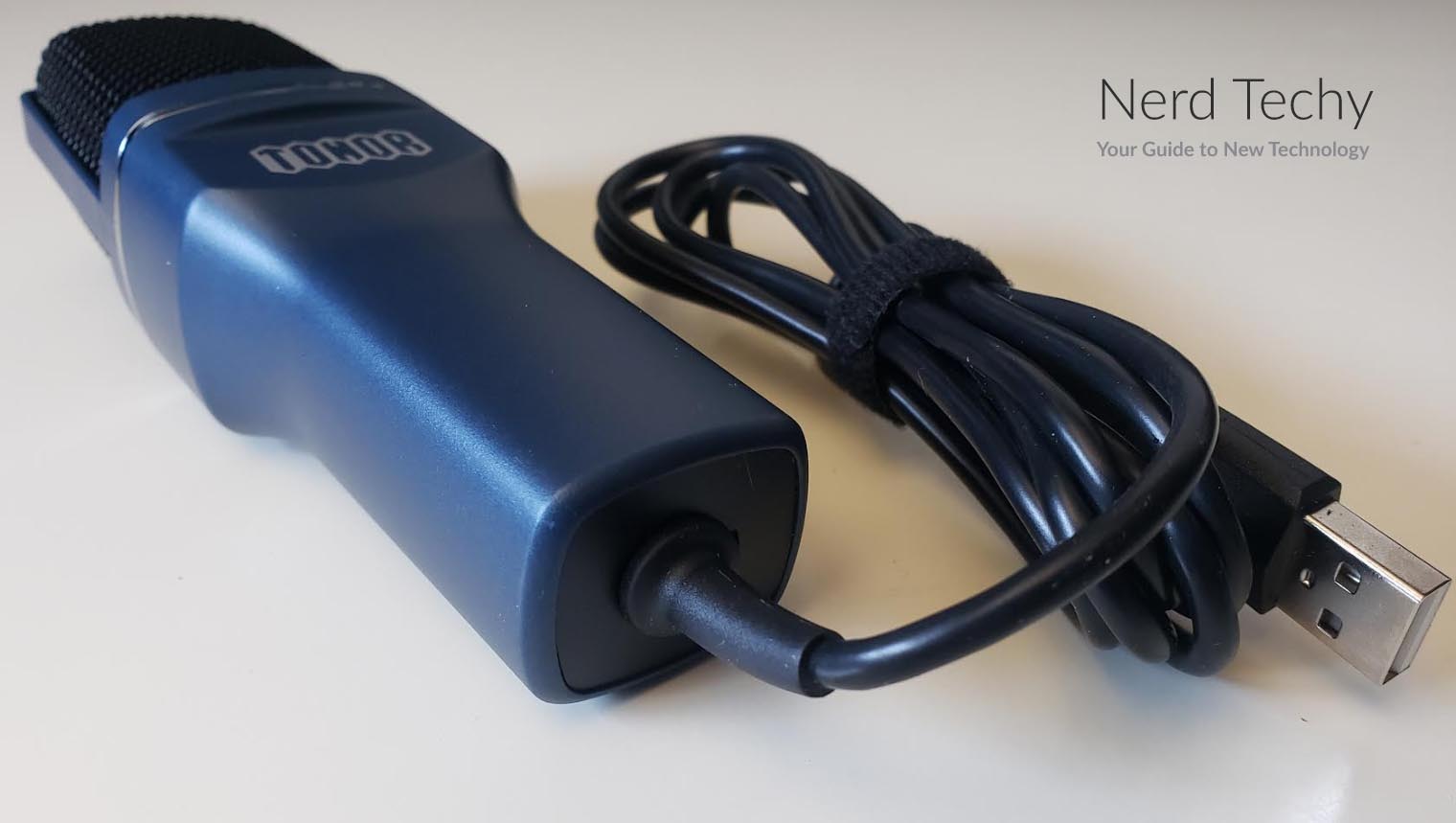 The TONOR mic is very sensitive. It can pick up anywhere from -38dB to +3dB of baseline. This is a relative measure, so you’re going to want to adjust your input level to get the best results. Too high, and you’ll experience clipping. Too low, and you’ll miss some of the quieter sounds. This is true for any microphone, not just the TONOR. Take your time adjusting your mic placement and input settings, and you’ll be just fine. 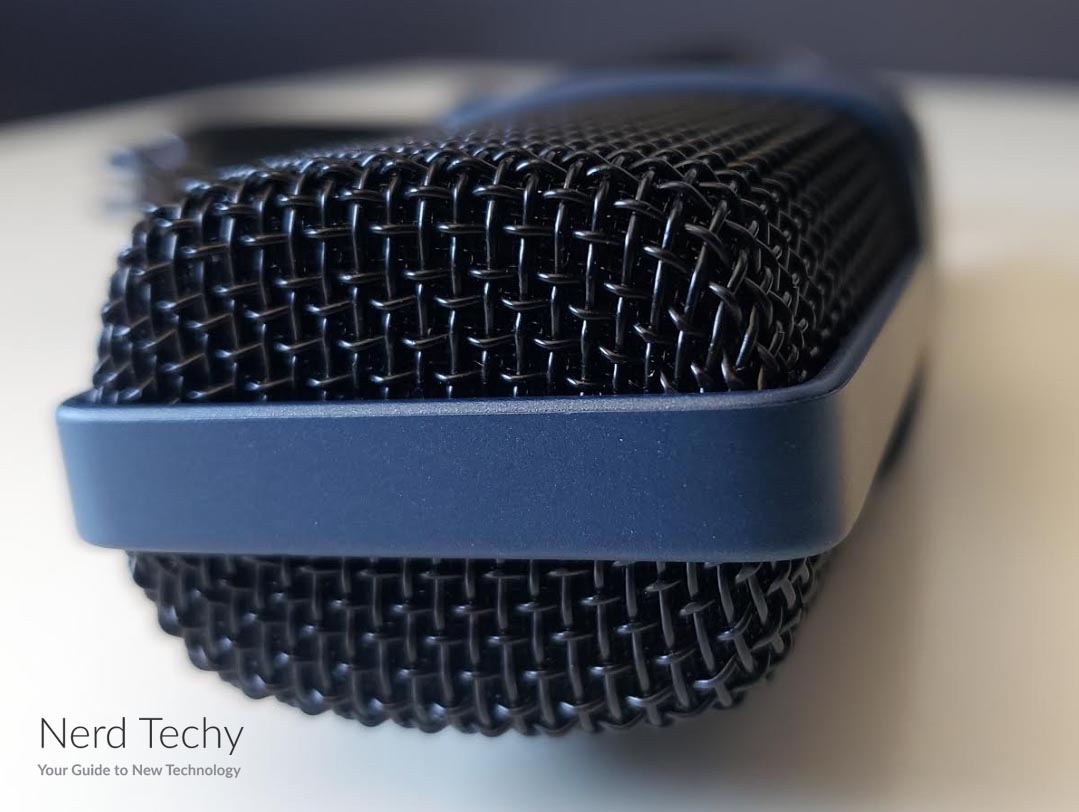 On most systems, the TONOR USB Condenser Microphone is plug and play. It uses USB 2.0 technology, not USB 3.0 or 3.1, so it will work even on older computers. Just connect the USB cable, and you’re ready to start recording. The microphone is compatible with Macs and PCs, as well as the PlayStation 4. On the PS4, you won’t have access to any advanced audio software. But on Mac and PC, you can take advantage of third-party software to push your performance to the max. That said, the TONOR mic is not compatible with Xbox systems, phones, or iPads. 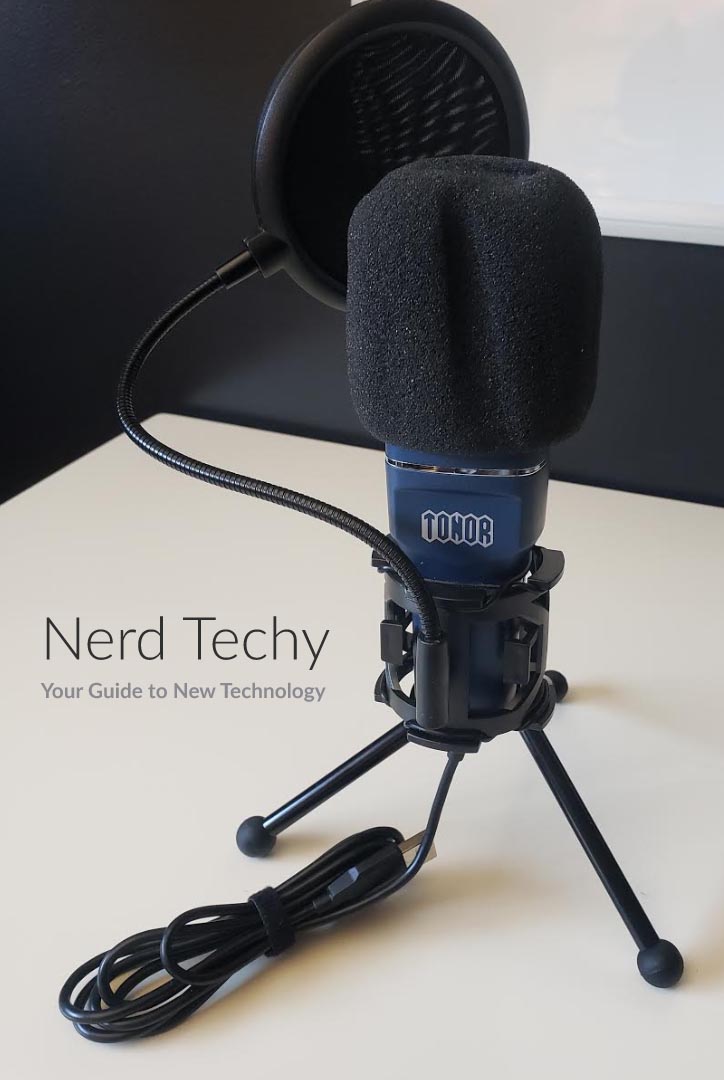 Another useful feature is that since this is a USB mic, your headphone jack is still free. As a result, you can use a gaming headset while you stream. Simply select your computer’s on-board sound as a secondary audio source for your stream. Leave your speakers off, use a headset, and you won’t need to worry about irritating game echo. 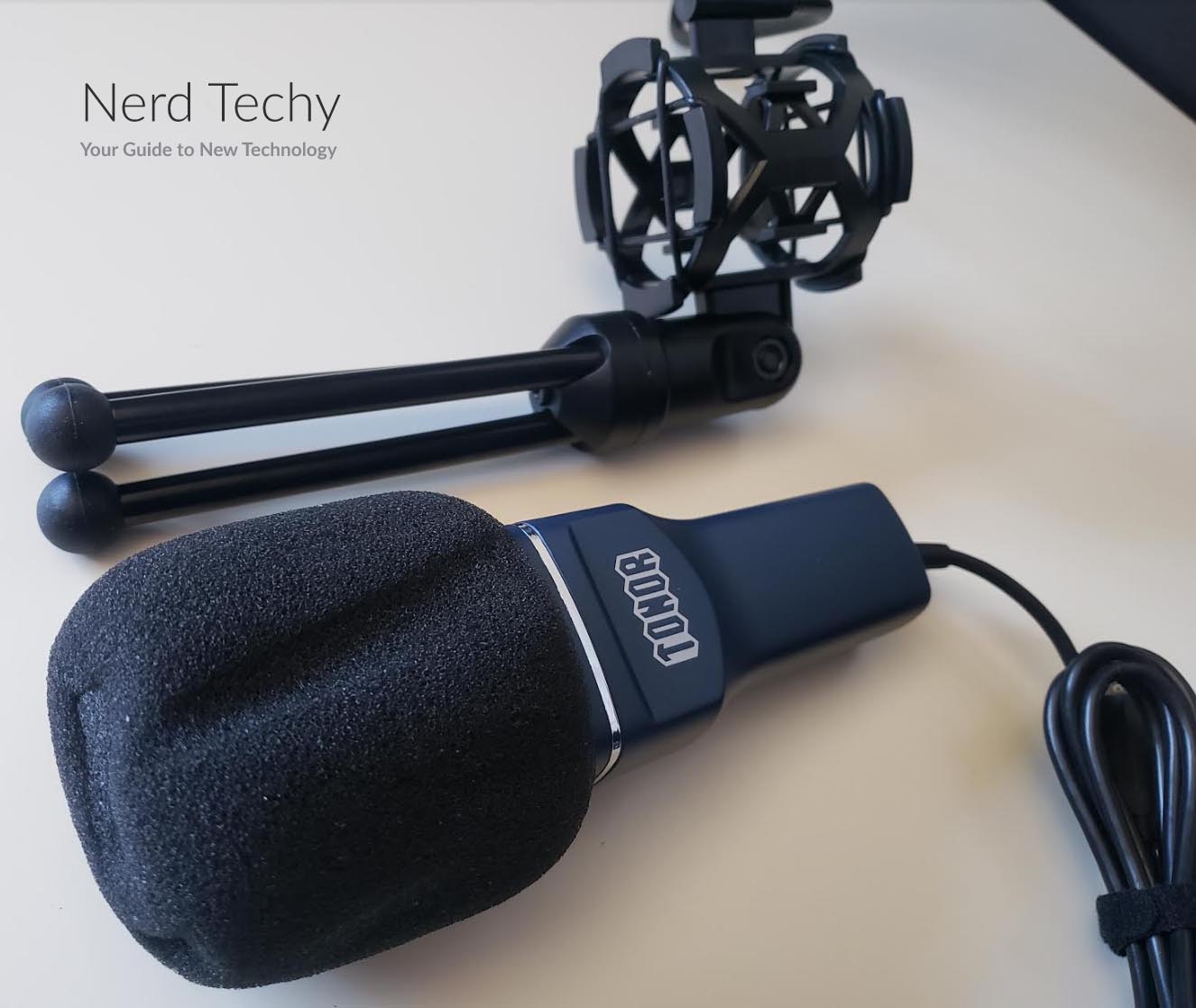 So, is the TONOR USB Condenser Microphone (Model TC-777) worth buying? Or is it just another knockoff? In general, it’s one of the best condenser mics in its price range. To begin with, the construction quality is very good. You get a quality tripod, along with a very well-designed shock mount. Not only that, but the USB cable is long enough for almost any purpose.

The sound quality is quite good, with a broad dynamic range. The directionality is pretty straightforward, with good range and minimal echo. The dynamic range is also good, with plenty of response across the sound spectrum. Your volume level will be just fine, whether you tend to speak lower or higher. Finally, the TONOR USB Condenser Microphone is compatible with almost every system. Whether you’re on a PC or a Mac, you can stream freely without downloading any drivers. You can even stream on your PlayStation 4, so even console gamers can join the Twitch party.