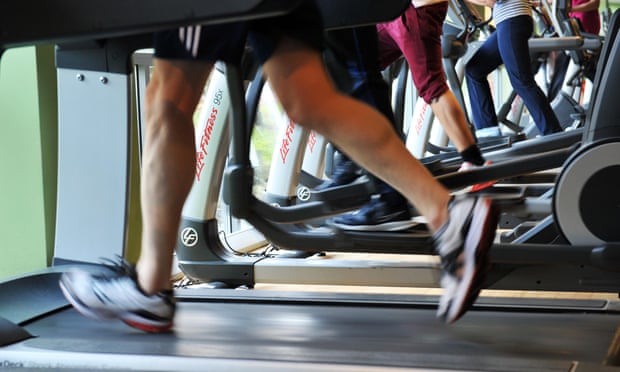 The government has given the green light to a night out in a pub or restaurant in England but gym workouts, swimming pools, nightclub dance floors and even manicures are still off limits – prompting accusations of glaring inconsistencies as the lockdown is eased.

The chief executive of PureGym, the UK’s biggest gym chain, said he was “bitterly disappointed” by the delay in opening its 269 gyms and questioned the government’s commitment to tackling obesity. “It is a strange war on obesity that sees pubs and restaurants open before gyms,” said Humphrey Cobbold who highlighted that the company had already safely reopened its gyms in Switzerland and Denmark.

Jane Nickerson, the chief executive of Swim England, called on the government to urgently rethink its decision: “Prove beyond a shadow of a doubt that it’s safer to go into a pub than a pool and I’ll shut up. But if not, examine the evidence, come and see our test sites and let us open.”

The UK has more than 7,000 gyms and leisure centres, with around two-thirds run privately and the rest by councils or operators on their behalf. With 10.4m memberships, it is an £8bn-a-year industry that employs about 190,000 people.

“We are confident we can provide a safe place to workout,” continued Cobbold who said the fitness industry had drawn up detailed safety protocols as far back as May. “Through our existing electronic entry system, we know the names and details of every single member in our facilities at any moment.”

Although outdoor gyms are allowed to reopen on 4 July alongside hotels and other parts of the hospitality sector, indoor sites are categorised as “close proximity” venues, which the government deems too risky for now. That list extends to nightclubs, soft-play areas, swimming pools, spas, bowling alleys and water parks.

While the prime minister said it was people’s “patriotic duty” to return to pubs, which are to reopen on 4 July, there was widespread consternation that sporting facilities had not been allowed to start up again despite months of intensive planning.

There is still no date for club cricket to resume, even though it appears to be a naturally physically distanced game, with the hiatus putting huge pressure on individual club finances. “At the moment we’re still working on ways to make cricket more covid-secure, but we can’t change the guidance yet,” Boris Johnson said on Tuesday.

Gavin Lucas, who runs the Jump In trampoline parks, questioned the logic of allowing pubs and outdoor playgrounds to open, but not his centres where children could keep fit, would be closely supervised and the equipment cleaned regularly. His 3 -sq-metre trampolines, set in vast high-ceilinged warehouses, “intrinsically force social distancing”, he said, adding: “I can’t see how the former [playgrounds and pubs opening] can be justified over the latter.”

The economic crisis triggered by the pandemic is testing the partnerships between local authorities and leisure operators, typically charitable trusts, which run gyms and swimming pools on their behalf. On Tuesday, Nick Bitel, the chair of Sport England, warned that the longer venues remained closed the “greater the danger to their ability to survive financially”.

“With the first leisure trust collapsing last week in Peterborough, this is a real and growing risk, with public leisure providers a particularly deep concern because so many of those operators provide activities for disadvantaged groups,” said Bitel.

However, later on in the day the culture secretary, Oliver Dowden, provided hope that the fitness industry might not have much longer to wait, tweeting the government’s “aspiration is to reopen gyms and leisure facilities in mid-July”.

The Department for Digital, Culture, Media & Sport, said: “We are continuing to work with representatives from the gym and leisure centre sectors on plans for a safe, phased reopening with the ambition for this to happen from mid-July, subject to public health guidance.

“We need to make sure that plans are comprehensive with all risks minimised. We are fully committed to making sure the public can exercise and stay healthy, as outlined in our guidance for outdoor exercise.”

But for other parts of the industry the “nightmare of enforced closure goes on”, says Michael Kill, chief executive of the Night Time Industries Association. Many of its members, including nightclubs and pubs and restaurants that are unable to comply with physical distancing – were in dire straits, Kill said, and needed additional financial support from the government.

In another apparent inconsistency, while the country’s hairdressers will be back in action – with appropriate precautions, including the use of face visors, in place – on 4 July, consumers will have to wait longer for a manicure or facial as beauty salons and nail bars have been told to remain closed. The government would only allow these “close contact” services to restart when it was confident they could operate in a “covid-secure way”, Johnson said.