New Jersey mandates that face masks be worn outside 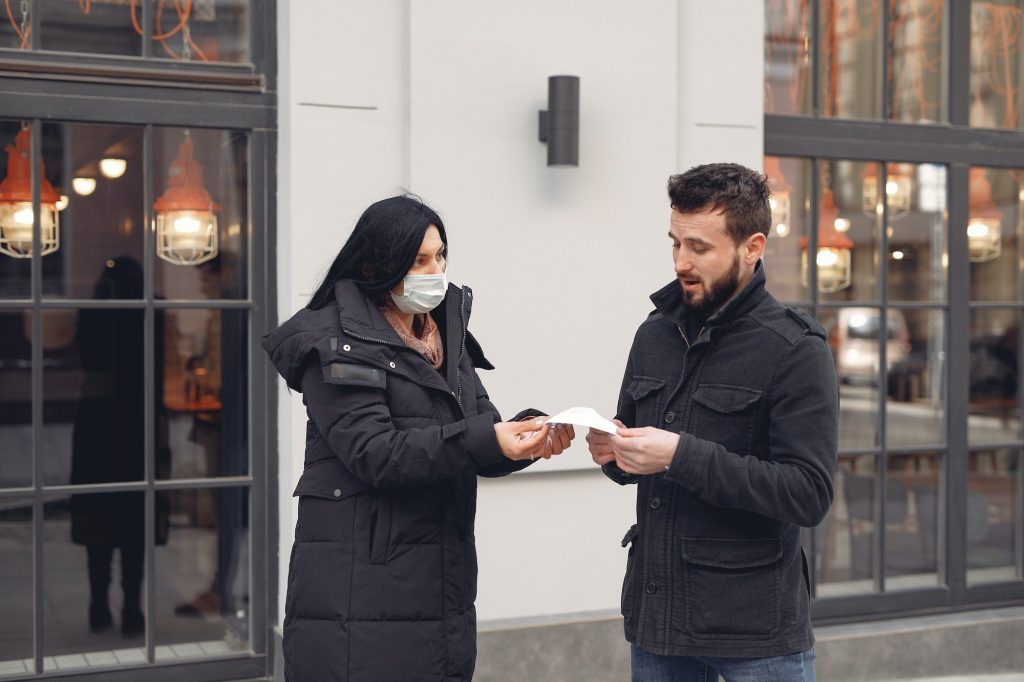 Photo by Gustavo Fring from Pexels

Nearly three months after Governor Cuomo mandated face masks be worn in outdoor public spaces in New York, Governor Phil Murphy of New Jersey has finally done the same. Murphy did mandate face masks be worn indoors back in April, but it wasn’t until an appearance this morning on MSNBC’s Morning Joe that he said he’ll be signing an executive order today. “They’ve been strongly recommended out-of-doors. We’re gonna turn that up a notch today… If you can’t socially distance, it’s gonna be required.” His announcement comes

Like Governor Cuomo’s order, Murphy will not require masks when people are more than six feet apart or with their own families. In mid-April, the governors of New York, New Jersey, Connecticut, Pennsylvania, Delaware, Rhode Island, and Massachusetts formed a regional task force to guide reopening decisions. As North Jersey.com noted, according to USA Today, Connecticut issued an indoor/outdoor mask order on April 20, Delaware on April 28, Rhode Island on May 8, and Massachusetts on May 26. Pennsylvania did not implement its order until July 1. There’s been much speculation as to why Murphy has been late to the game, especially considering he allowed beaches to reopen for Memorial Day weekend and boardwalks and outdoor amusement parks for July 4th.

Murphy’s decision comes a couple weeks after he postponed indoor dining across the state. It also comes one day after he warned that his state’s rate of transmission went up to 1.03 the past two days, the first time the number went above 1 in 10 weeks, according to NJ.com. Acknowledging the dramatic rises in COVID cases across the country, he said in a press conference yesterday, “This means increasing rate of spread statewide. This is an early warning sign that, quite frankly, we need to do more.” To date, New Jersey has seen 15,229 COVID-related deaths, the second most of any state in the nation behind New York.