Junior college transfer running back added to BYU football roster, will compete in 2020 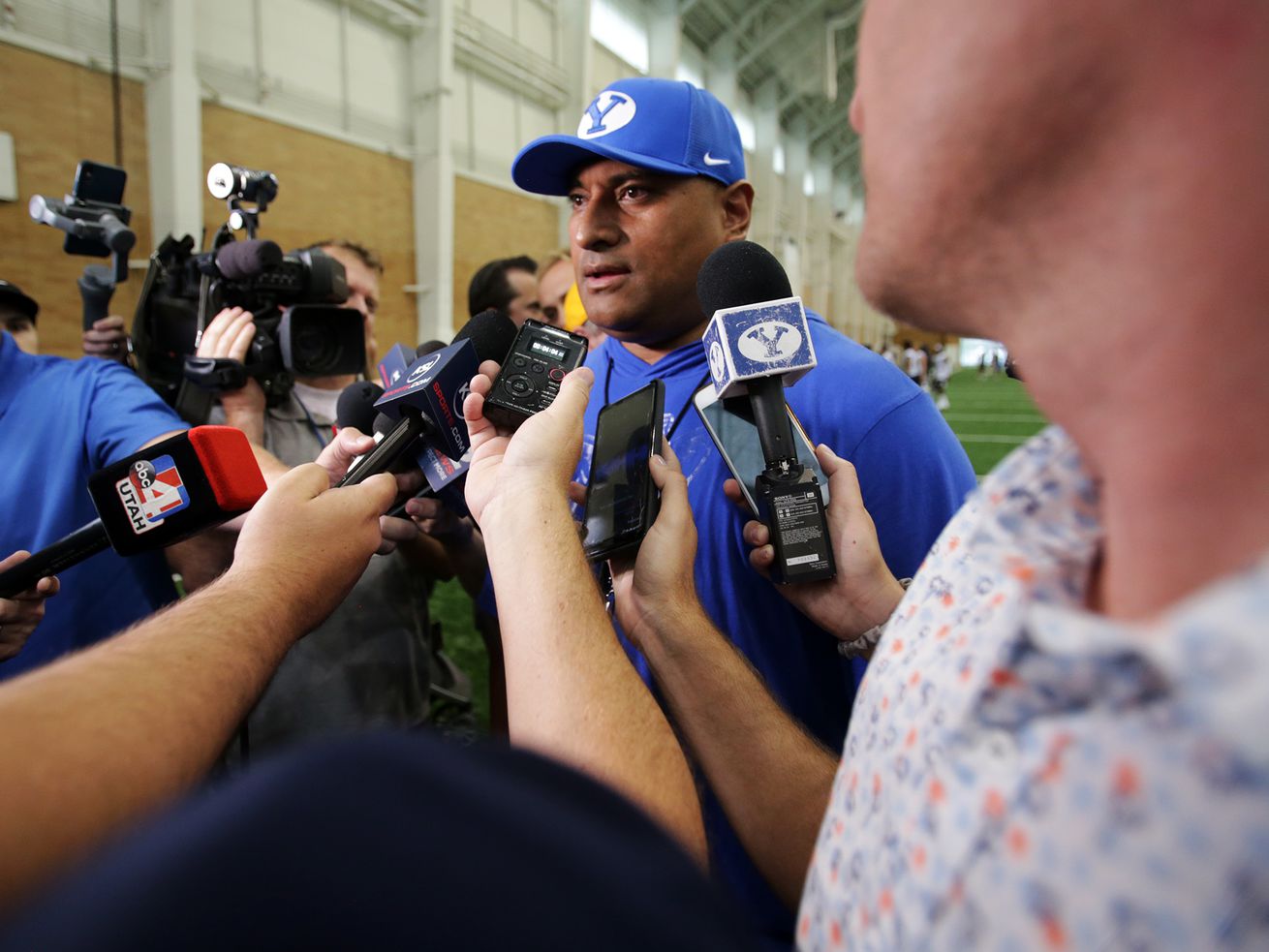 Hinckley Ropati, a sophomore from Cerritos College in California, will be immediately eligible to play, replaces USU-bound Devonta’e Henry-Cole on Cougars’ roster

The Cougars announced via Twitter on Thursday that they have added junior college transfer Hinckley Ropati to their lineup for the upcoming 2020 season.

Ropati is a 5-foot-11, 210-pounder who will be a sophomore this season. He ran for 647 yards and 10 touchdowns last season at Cerritos College in California and is from Downey, California.

Ropati committed to BYU last month and was originally going to play another season at Cerritos, but junior college football throughout the country has been moved to the spring due to the COVID-19 pandemic.

Asked about the former Ute ball-carrier Henry-Cole, known as “DHC,” moving on to USU after going through some spring and summer workouts with BYU, Cougars coach Kalani Sitake said his program would be fine.

“It’s a deep group, a lot of talent and a lot of experience,” Sitake said. “We’re really excited about that group.”

BYU also announced Thursday that it has agreed to play at Navy on Sept. 7 to replace the game against Utah that was canceled when the Pac-12 moved to a conference games-only format.

There was also some bad news for the team on Thursday. Jacques Wilson, a junior cornerback from West Los Angeles College, announced on social media that he sustained a knee injury in practice and will be out of action for awhile.